Researchers at the Beckman Institute for Advanced Science and Technology developed a new method to ‘see’ the fine structure and chemical composition of a human cell with unmatched clarity and precision.
By Jenna Kurtzweil 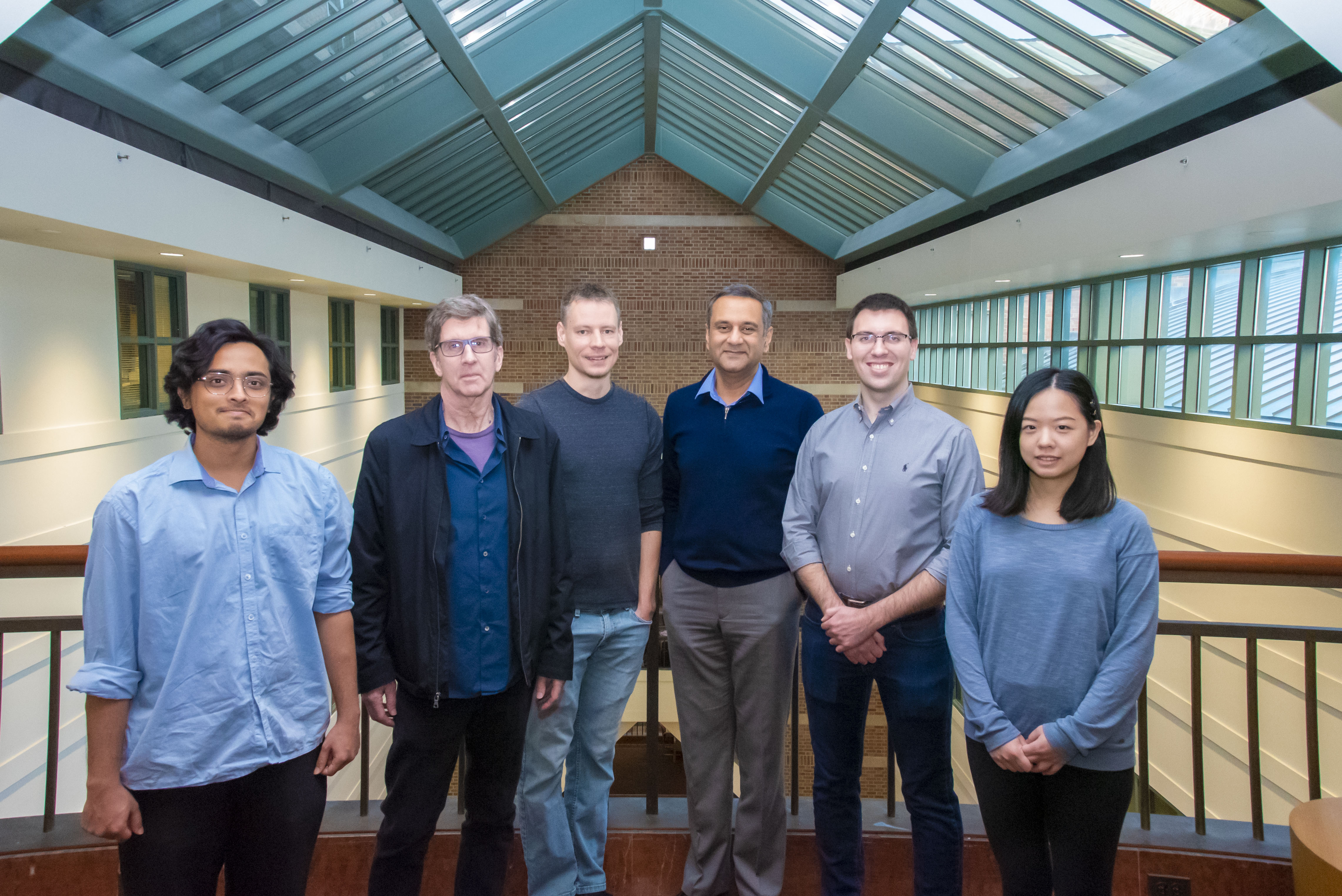 It’s why Jaws swam out of sight for more than an hour and hints at the glamour of giftwrap. In movie theaters, living rooms, and even labs, the thrill of the unseen can be counted on to keep us guessing. But when it comes to the hidden chemical world of cells, scientists need no longer wonder.

Inspired by this same thrill, researchers at the Beckman Institute for Advanced Science and Technology developed an innovative way to ‘see’ the fine structure and chemical composition of a human cell with unmatched clarity and precision. Their technique, which appeared in PNAS earlier this week, takes a creative — and counterintuitive — approach to signal detection.

“Biology is one of the most exciting sciences of our time because there has always been a divide between what we can see and what we cannot see,” said Rohit Bhargava, a professor of bioengineering at the University of Illinois Urbana-Champaign who led the study.

As the smallest functional units in our bodies, cells have long commanded the attention of researchers interested in determining what they’re made of and where each element resides. Together, the “what” and the “where” form an all-purpose cellular blueprint that can be used to study biology, chemistry, materials, and more.

Before this study, obtaining a high-resolution copy of that blueprint ranked among the impossible.

“Now, we can see inside cells in a much finer resolution and with significant chemical detail more easily than ever,” Bhargava said. “This work opens a range of possibilities, including a new way to examine the combined chemical and physical aspects that govern human development and disease.”

The researchers’ work builds on prior strides in the field of chemical imaging.

When a cell is exposed to IR light, its temperature rises, and it expands. We know from night vision goggles that no two objects absorb IR wavelengths in exactly the same way; comparing a poodle to a park bench is evidence enough that warmer objects emit stronger IR signatures than cooler ones. The same is true inside a cell, where each type of molecule absorbs IR light at a subtly different wavelength and emits a unique chemical signature. Examining the absorption patterns — a method called spectroscopy — allows researchers to pinpoint the whereabouts of each.

Unlike night vision goggles, the researchers do not analyze the absorption patterns as a color spectrum. Instead, they interpret the IR waves with a signal detector: a minute beam fastened to the microscope on one end, with a fine tip that scrapes the cell’s surface like the nanoscale needle of a record player.

Innovations in spectroscopy over the last decade have focused on steadily increasing the strength of the initial IR wavelengths.

“It’s an intuitive approach because we are conditioned to think of larger signals as being better. We think, ‘The stronger the IR signal, the higher a cell’s temperature becomes, the more it expands, and the easier it will be to see,’” Bhargava said.

A sizeable setback is hidden within this approach. As the cell expands, the motion of the signal detector becomes more exaggerated and generates “noise”: so-called static that impedes accurate chemical measurements.

“It’s like turning up the dial on a staticky radio station — the music gets louder, but so does the static,” said Seth Kenkel, a postdoctoral researcher in Professor Bhargava’s lab and the study’s lead author.

In other words, no matter how powerful the IR signal became, the quality of the chemical imaging could not advance.

“We needed a solution to stop the noise from increasing alongside the signal,” Kenkel said.

The researchers' remedy to noisy cellular imaging works by divorcing the IR signal from the detector's movement, allowing for amplification without the added noise.

Instead of focusing their energies on the strongest possible IR signal, the researchers began by experimenting with the smallest signal they could manage, ensuring that they could effectively implement their solution before upping the strength. Though “counterintuitive,” according to Kenkel, starting small allowed the researchers to honor a decade of spectroscopy research and lay critical groundwork for the future of the field.

Bhargava likens the approach to a road trip gone awry.

“Imagine that spectroscopy researchers were in a car, headed to the Grand Canyon. Of course, everyone would think that the faster the car moves, the faster they’ll reach the destination. But the problem is that the car is headed east from Urbana,” he said.

Increasing the hypothetical car’s speed is analogous to strengthening the IR signal.

“We pulled over, looked at a map, and pointed the car in the correct direction. Now, the increased speed — the increased signal — can effectively move the field forward.” 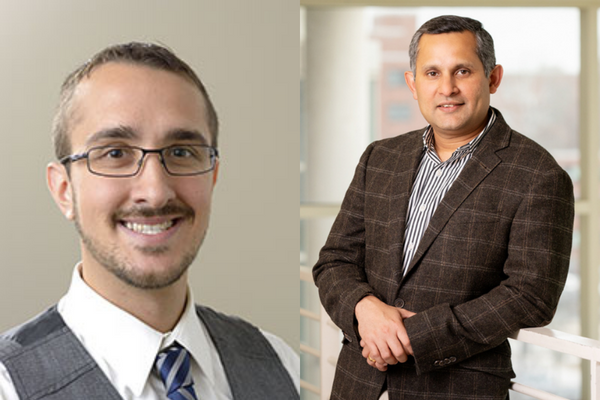 Mark Gryka (left), a former Beckman researcher who earned his Ph.D. in bioengineering from the University of Illinois Urbana-Champaign, and Kannanganattu Prasanth (right), a professor of cell and developmental biology, are co-authors of the study.

The researchers’ “map” enables high-resolution chemical and structural imaging of cells at the nanoscale — a scale 100,000 times smaller than a strand of hair. Notably, this technique is free of fluorescent labeling, or dyeing molecules to increase their visibility under a microscope.

While the facilities in Beckman’s Microscopy Suite were critical to the study’s experimental stage, the idea itself arose not from sophisticated technology, but from a culture that supported curiosity, unconventional problem-solving, and diverse perspectives.

“This is why the Beckman Institute is an amazing place,” Bhargava said. “This project needed ideas from spectroscopy, from mechanical engineering, from signal processing, and of course biology. You can’t combine these fields seamlessly anywhere other than Beckman. This study is a classic example of Beckman’s blend of interdisciplinary science at the cutting edge of advanced science and technology.”

The article titled "Chemical imaging of cellular ultrastructure by null-deflection infrared spectroscopic measurements" can be accessed at: https://doi.org/10.1073/pnas.2210516119

The authors declare no competing interest.