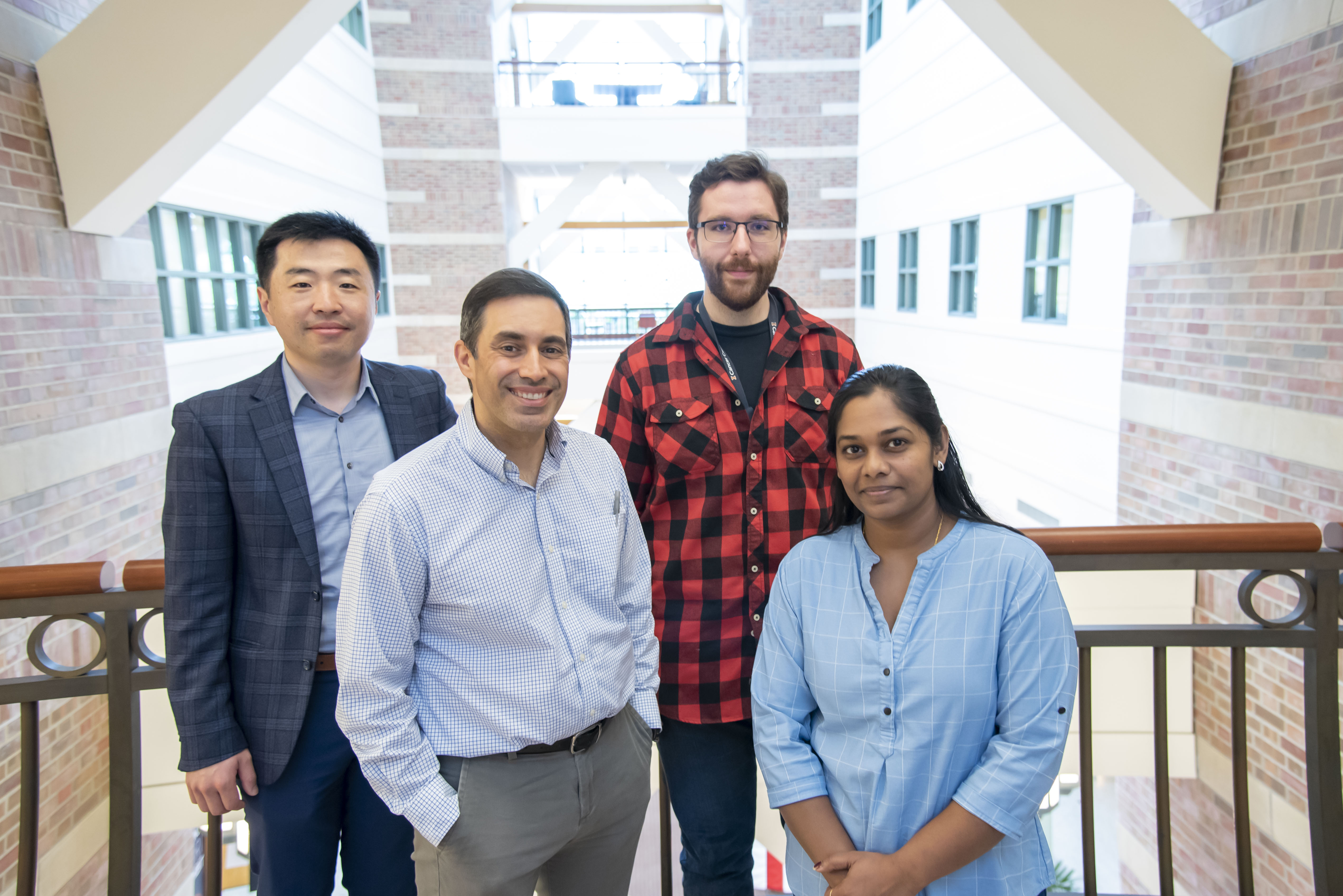 “The issue is that there are currently no tools, specifically imaging tools and small animal models, to help study this question,” said Pengfei Song, an assistant professor of electrical and computer engineering and bioengineering at UIUC.

“This collaborative work is only possible at a place like Beckman Institute and will provide a quantum leap in our understanding of how the vascular system impacts Alzheimer’s disease,” said Dr. Dan Llano, an associate professor of molecular and integrative physiology.

Jointly led by Song and Llano, this collaborative project is supported by a two-year, $421,500 R21 grant from the National Institutes of Health designed to fund exploratory and early-stage research.

“Our lab has been looking for ways to do deep-tissue high-resolution imaging for years. We are very fortunate to have been able to forge a collaboration with Professor Song to be able to achieve unprecedented deep-tissue non-invasive brain imaging,” Llano said.

In particular, the researchers seek to understand the directionality of interactions between plaque deposition, microvascular changes, and cognitive impairment, a major challenge in the field.

Ultrasound microscopy provides fast, accurate images of animal microvasculature by measuring how small contrast-agent microbubbles travel through the bloodstream. The microbubbles are a helpful imaging technique because they are easier to image and track with ultrasound.

“This ultrasound technology allows us to image the entire brain with a resolution that is high enough to resolve microvessels,” Song said. “Our imaging system is low-cost, mobile, and widely accessible. We believe that if our method gains traction, it may be rapidly adopted by the Alzheimer’s disease community. This imaging combination of penetration and resolution is unprecedented.”

A combination of histology — microscopic anatomy — and cognitive assessments will be deployed in mouse models to validate the tool’s efficacy for studying changes in the brain’s microvasculature.

“Histology is currently considered the gold standard,” Song said. “We can correlate our in vivo ultrasound measurements with the successive ex vivo histology.

“The second approach is to use cognitive testing, deploying standardized cognitive tests like the water maze. In ultrasound, if we see impairments in vasculature that correlate to impairments in cognitive function, that also allows us to measure whether vasculature impairment is involved in cognitive changes. We want to demonstrate to the Alzheimer’s disease community that super-resolution ultrasound imaging is a viable tool and show they can adopt this tool and use it to answer hypothesis-driven questions.”

Efforts to untangle the relationship between microvasculature and cognitive impairment may one day aid in early detection of Alzheimer’s disease.

“This is a classic interdisciplinary collaboration between researchers building imaging tools and neuroscientists with a specific physiology problem they want to answer,” Song said. “This collaboration allows our research group to keep a finger on the pulse of the true application for this technology, so that we can target the existing gap and address it. All these mysteries in Alzheimer’s disease will require tools to solve, and this new tool will provide new insights to this disease.”

“We really need to thank Beckman for that tremendous support,” Song said. “Nathiya has a very strong background in neuroscience and animal models. From my lab, Matt brings in animal imaging expertise. They have been doing the hard work collecting data on these projects.”