The hybrid seminar will be held in 2269 Beckman Institute and on Zoom. A boxed lunch will be provided to those who register as in-person attendees.

Register to indicate whether you will attend virtually or in-person. 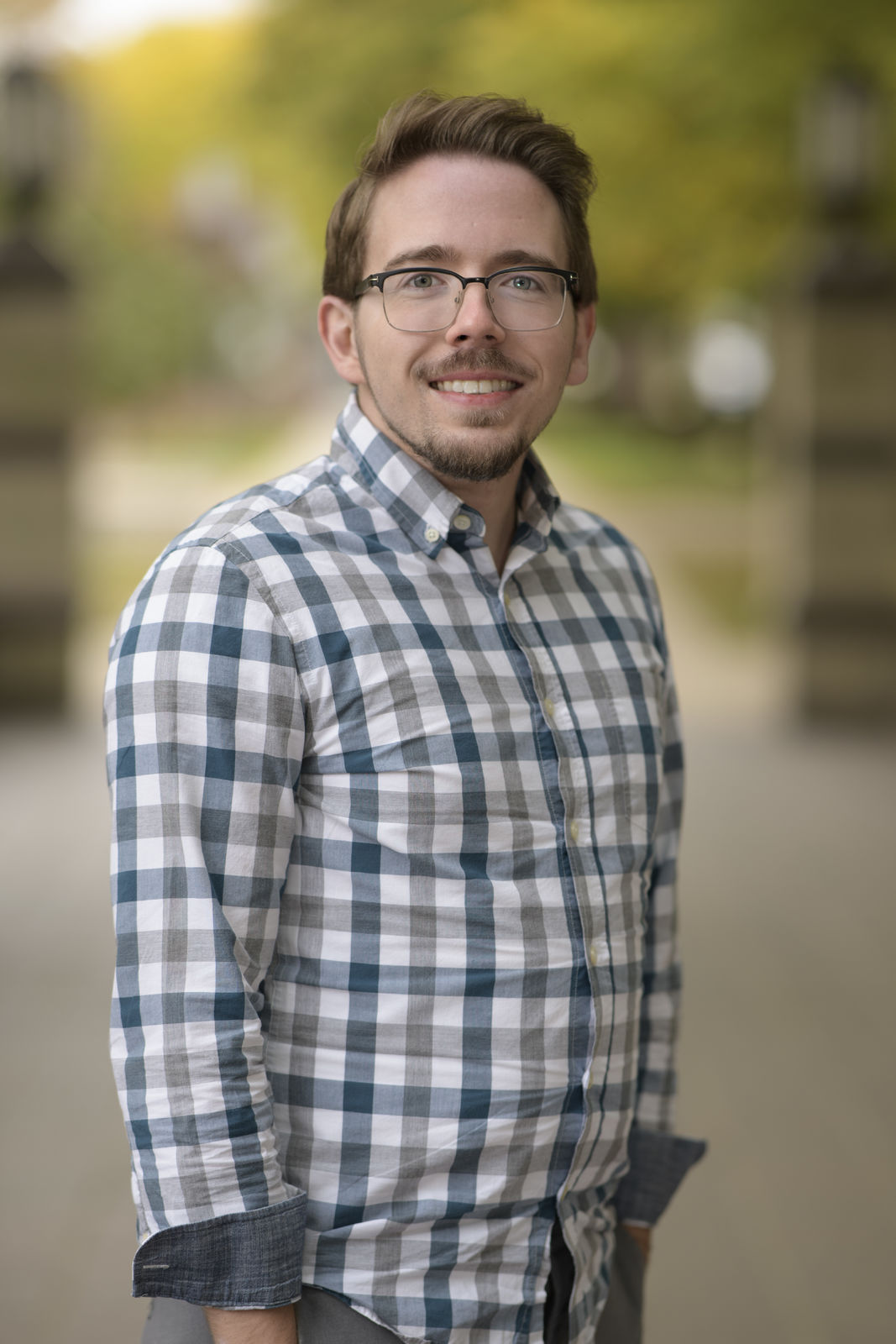 Ryan Hubbard will present "Probing neural signals of prediction during language comprehension" at the Beckman Institute Director's Seminar at noon on Thursday, April 28.

Predicting upcoming events is a critical function of the brain. While reading, individuals can use the context of a sentence and surrounding information to predict features of upcoming words. Many aspects of the mechanisms of prediction remain elusive, as most studies have examined neural signals following confirmed predictions or unexpected words and inferred that the word was pre-activated in the brain. However, evidence of this pre-activation is lacking.

In this talk, Hubbard will describe his recent work using a technique known as representational similarity analysis (RSA) to elucidate what features are neurally pre-activated, and when those features are activated in the brain. Comparing electroencephalography, or EEG, activity patterns before and after a word's presentation reveals that aspects of words are activated in the brain prior to their appearance. This signal of pre-activation may be a critical step forward for understanding the degree to which certain populations, such as older adults, engage predictive processing mechanisms, and the degree to which prediction relates to reading behavior and literacy.

Ryan Hubbard received his Ph.D. in psychology from UIUC in 2017, where he worked with Dr. Kara Federmeier to understand the neural processes underlying language and memory. From 2017 to 2018, Ryan was a postdoctoral research scientist at the Center for Human-Machine Collaboration at HRL Laboratories, where he conducted DARPA-funded research examining strengthening memory through transcranial stimulation. Following this, Ryan returned to UIUC as a 2018 Beckman Institute Postdoctoral Fellow in order to continue studying language and memory processes with Dr. Federmeier, Dr. Lili Sahakyan, and Dr. Aaron Benjamin. Ryan is now a postdoctoral scientist in Dr. Federmeier's lab, where he is funded by an NIH R01 grant to study the effect of aging on language and prediction.

d-Alanine in the microbiome-gut-brain axis: sources, biodistribution, and functional roles 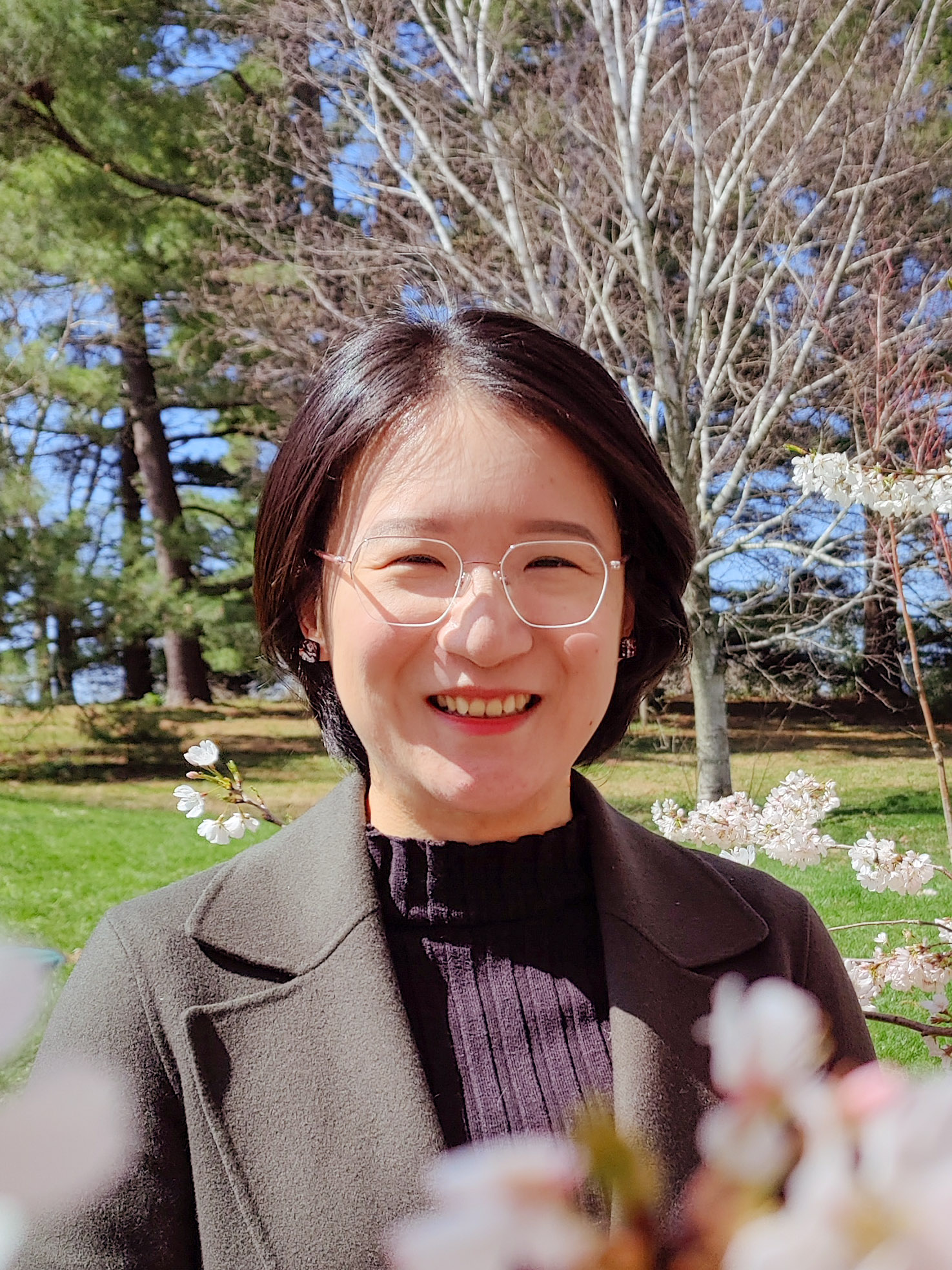 Tian "Autumn" Qiu will present "d-Alanine in the microbiome-gut-brain axis: sources, biodistribution, and functional roles" at the Beckman Institute Director's Seminar at noon on Thursday, April 28.

Discovery of microbial metabolites affecting function of the animal’s nervous and endocrine systems has become an important area in investigations of the microbiota-gut-brain axis, with one goal being new treatments for neurological and endocrine diseases. d-Alanine, or d-Ala, the d-enantiomer of the proteinogenic l-alanine, is a microbial metabolite with potential neuro/endocrine activities. d-Ala is an essential component of bacterial cell walls. In higher animals such as rodents and humans, d-Ala is detected in low amounts compared to the l-alanine. Like d-serine, the known endogenous neuromodulator, d-Ala is a potent agonist of the glycine site of N-methyl-d-aspartate, or NMDA, receptors and has been shown to help improving symptoms of schizophrenia. Interestingly, finding of d-Ala immunoreactivity in specific cells of endocrine tissues points to its involvement in glucose metabolism. However, neither the sources nor the potential physiological functions of d-Ala in vivo were sufficiently understood.

In this talk, Qiu will focus on two of her postdoctoral studies on elucidating the sources and biodistribution of d-Ala in rodents and exploring the role of gut microbial d-Ala synthesis and metabolism in animals. Previous evidence suggested that microbiota may be a major contributor for d-Ala in rodents, complicating studies to delineate sources of d-Ala and biodistribution of gut-absorbed d-Ala in vivo. Using germ-free mice and isotopic labeling followed by quantitative mass spectrometry, we showed the biodistribution of gut-absorbed d-Ala without interference from microbiota and demonstrated the sources of d-Ala in mouse being diet and microbiota, while there is a lack of d-Ala endogenous synthesis by animals. To explore whether the d-Ala synthesis and metabolism of gut microbe affect animal physiology and behavior, I evaluated the phenotype changes of the nematode C. elegans fed with microbial mutants lacking d-Ala synthesis or metabolism enzymes under normal or high glucose conditions. Results showed changes in C. elegans locomotive behaviors and food preferences affected by certain mutant microbial diet, as well as a mutant-mediated lifespan reduction under high glucose pressure, indicating the functional roles of gut microbial d-Ala synthesis and metabolism on host animals.

Tian "Autumn" Qiu is a postdoctoral research associate in the Sweedler Lab in the Department of Chemistry at UIUC. She received her Ph.D. in chemistry at the University of Minnesota in 2018 and completed her Beckman Institute Postdoctoral Fellowship training in 2021 in the laboratories of Profs. Jonathan Sweedler, Nathan Schroeder, and Huimin Zhao. She will start as an assistant professor in the Department of Chemistry at Michigan State University in fall 2022.

Combining analytical chemistry, microbiology, and animal phenotype analysis, her current research focuses on understanding the sources and biodistribution of d-amino acid neuromodulators in the nematode Caenorhabditis elegans and germ-free mice, as well as exploring the functional role of microbial d-alanine biosynthesis and metabolism in the microbiome-gut-brain/endocrine interactions.

Editor's note: See our Director's Seminar webpage for upcoming speakers, topics, and videos of past lectures.