Circadian rhythm and the blood-brain barrier

Beckman faculty members Martha Gillette and Hyunjoon Kong received an NIH/DOD grant to study how circadian rhythm affects the blood-brain barrier’s permeability to small molecules and susceptibility to blood leakage. Their team will design a microfluidics-based chip from human stem cells to model the blood-brain interface.
By Kyle Shelton

What is the best time of day to take your medications?

An interdisciplinary team received a grant to study the circadian dynamics of the blood-brain barrier, including the extent to which time of day affects its permeability to hormones and drugs. The team includes researchers from the Beckman Institute for Advanced Science and Technology at the University of Illinois at Urbana-Champaign and Purdue University.

“Our work will have a lot of therapeutic reach because there are implications for designing drugs that cross the blood-brain barrier and restricting treatments to certain times of the day when they will be most effective," said Martha Gillette, a professor of cell and developmental biology at UIUC and a lead investigator on this study.

Using a scaffold derived from human stem cell lines, the team will fabricate a biomimetic blood-brain interface. The proposed model will mimic the biological functions of the blood-brain interface, providing insight into its response to blood leakage, as in stroke, and day-night cycles.

The grant, titled “Dynamic circadian regulations of the blood-brain interface in a human brain-mimicking microfluid chip,” is funded by the National Heart, Lung, and Blood Institute, an institute of the National Institutes of Health, and the Department of Defense. The award funds a five-year project and is intended to support high-risk, high-reward work on the blood-brain interface. 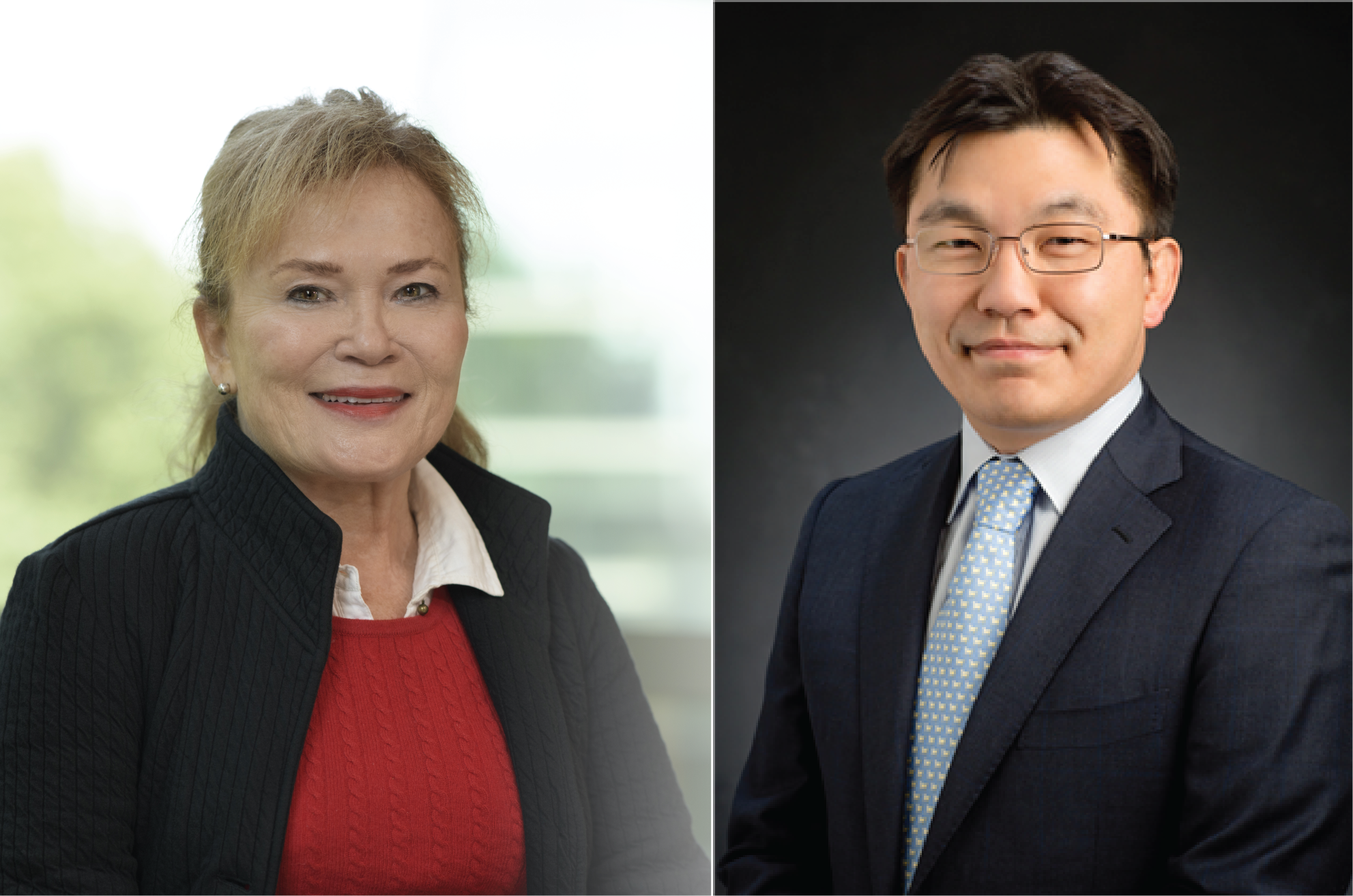 Martha Gillette (left), a professor of cell and developmental biology, brings expertise in circadian dynamics of biological systems to this collaboration. Hyunjoon Kong, a professor of chemical and biomolecular engineering, brings expertise in chip-based mimicry of biological systems.Nearly every tissue type in the human body contains genes that are regulated by circadian rhythm, meaning these tissues undergo physiological changes depending on the time of day. In the brain, these molecular changes affect our sleep cycles, primarily through production of the hormone melatonin.

In the blood-brain interface — a barrier of cells separating neurons from blood vessels — circadian dynamics can increase the probability of blood leakage into the brain at certain times of the day.

“If you look at when people are most likely to go to the emergency room with a heart attack or stroke, it turns out it’s more likely to happen early in the morning when your stress hormones are naturally rising," Gillette said.

This phenomenon is not, however, understood on a molecular level.

“It’s these small, natural changes in physiology throughout the day that can cause arteries to rupture and leak blood into brain tissue, and that’s what we’re predicting to see in our blood-brain interface model,” Gillette said.

Although organ-on-a-chip devices — microdevices that mimic organ function by culturing cells in microfluidic channels — are becoming increasingly popular tools to assess disease physiology in vitro, the proposed model will be more complex than its predecessors, which modeled other organs like lungs, kidneys, and livers.

Circadian reporter genes will be introduced into the human cells to evaluate the timing of their molecular clocks.

“Previous work on the blood-brain interface has tried to simplify the dynamics with a chip that has vascular cells on one side, neurons on the other, and a constant flow of extracellular fluid through the chip,” said Hyunjoon Kong, a professor of chemical and biomolecular engineering at UIUC. “The unique approach we are taking is to incorporate circadian genes into the cells so we can put them in sleep or wake modes and look at barrier permeability dynamics across these cycles.”

For this work, Gillette and Kong will collaborate with Bumsoo Han, a professor of mechanical engineering at Purdue University. This collaboration brings together expertise in microfluidics, human stem cell differentiation, and circadian reporter genes. The team anticipates their work will shed light on the dynamics of the human blood-brain interface.

“If you don’t recognize that biological systems are dynamic, you’re always going to be missing a key part of the story,” Gillette said.