Researchers from Carle and the University of Illinois are tapping into their jointly owned and operated 7 Tesla MRI scanner to better understand patient treatment for intracranial hemorrhages.
By Samantha Jones Toal 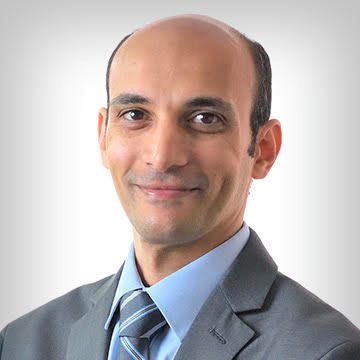 Wael Mostafa, neurosurgeon and researcher at Carle Foundation Hospital, is the principal investigator behind a first-of-its-kind study that seeks to better understand intracranial hemorrhages, or acute bleeding in the brain.

But Mostafa asserts that this research would not be possible without two key elements: the partnership between Carle and the Beckman Institute, and the co-owned Siemens MAGNETOM Terra 7 Tesla MRI scanner.

“Without the clinical question, we wouldn’t have an idea,” he said, referencing his work with patients experiencing neurological issues like intracranial hemorrhages. “And without the expertise of Beckman and the university, we’d have no study.”

Mostafa is working alongside experts at Carle, the University of Illinois, and the Beckman Institute to better understand what treatments and interventions might work best for a patient suffering from intracranial hemorrhages, or bleeding in the brain. The research is focused on patients who suffer from spontaneous intracranial hemorrhages deep in the brain. The treatments are oftentimes controversial. 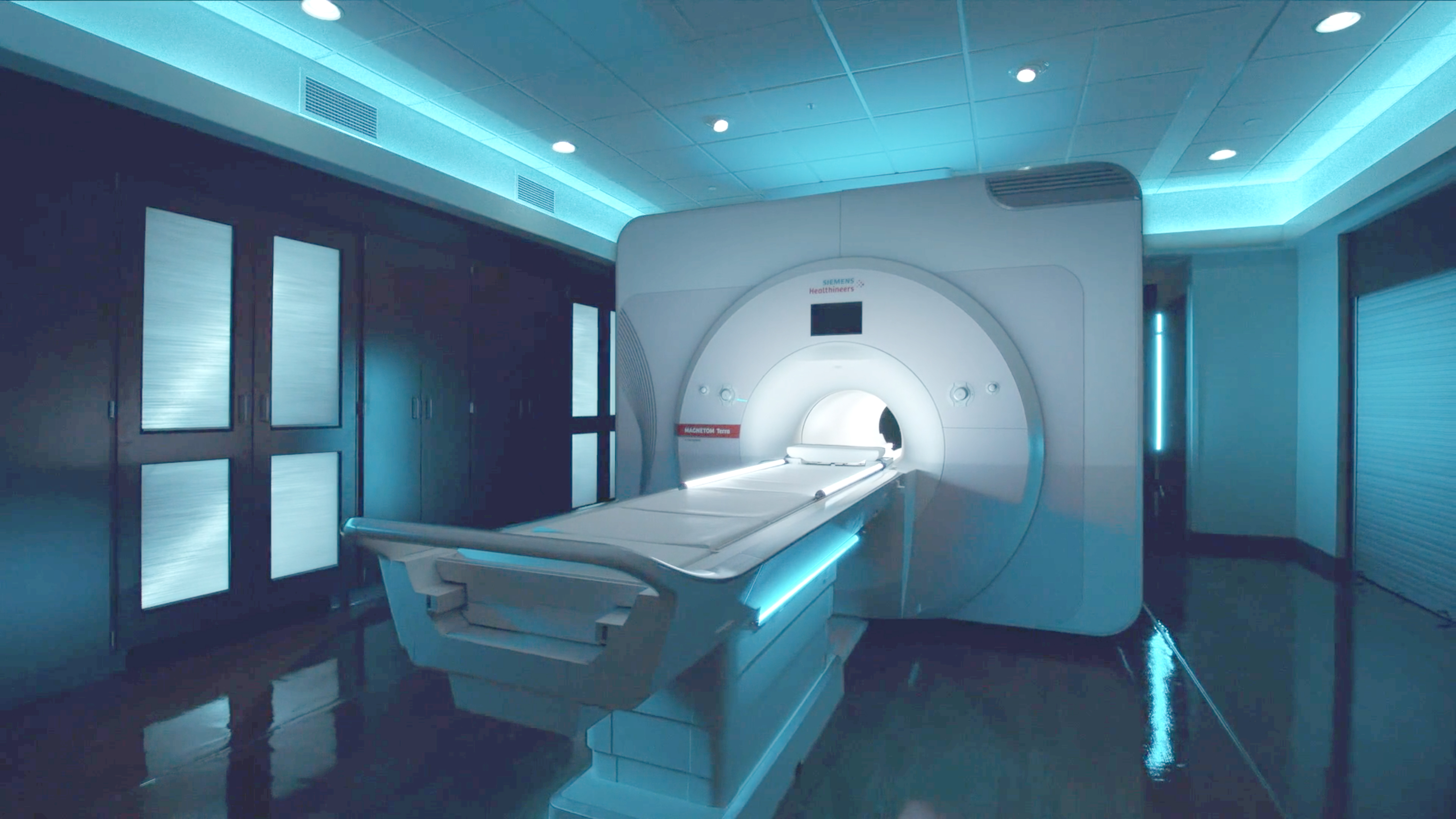 The Siemens Healthineers MAGNETOM Terra 7 Tesla MRI scanner located at the Carle Illinois Advanced Imaging Center is essential to the collaborative research conducted by Dr. Mostafa.By having access to the 7 Tesla scanner, Mostafa and his team will seek to characterize microenvironments surrounding the hemorrhages, which may hold the answers on how to treat patients in the future.

“This study presents a true collaboration between neurosurgery and biomedical imaging to understand a serious question we don’t currently have an answer for,” Mostafa said.

The study will consist of acquiring MRI scans of patients’ brains to understand what’s happening around the hemorrhage. If the patient then goes to surgery, the team will repeat the MRI scan after the surgery to see how parameters have improved after treatment, which will be monitored on a long-term basis to determine outcomes. If some patients have better outcomes than others, data from the original MRIs may provide insight into why this is, and how treatment can be adjusted to achieve the most successful outcomes for all patients.

“To predict which patient will have a better outcome with intervention for intracranial hemorrhage and which will not, will help clinicians better tailor treatment for individual patients in the future,” Mostafa said. “This is an important question and if we had the answer to that, the impact would be huge.” 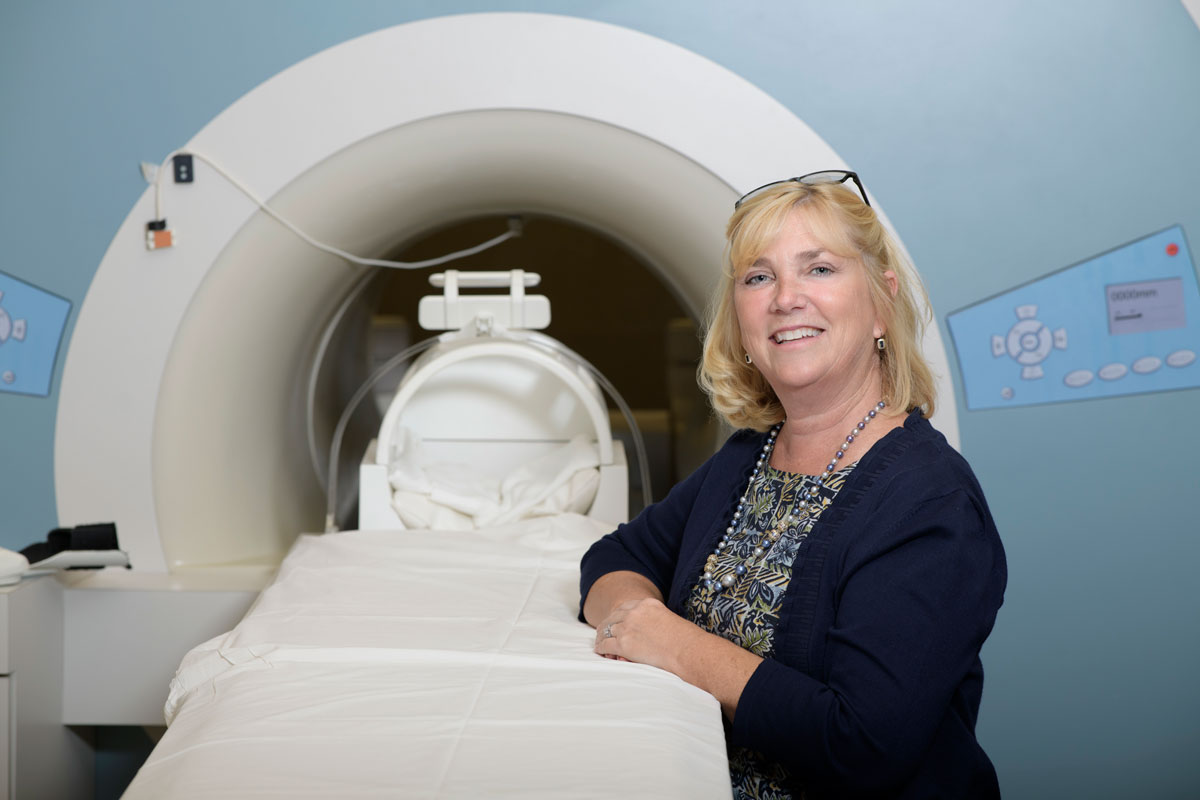 Tracey WszalekThe 7 Tesla MRI scanner is safe to use, but is still an ultra-high field MRI, which means it allows an in-depth clarity to scans that is not common across all MRIs. In fact, the 7 Tesla is one of about four MRIs of its kind currently being used for patient care, and the only machine of its kind in the state of Illinois.

NICO Corporation, a medical device company, granted Mostafa and his team $75,000 to conduct the study — the second highest grant from the corporation on record. Tracey Wszalek, the director of the Beckman Institute’s Biomedical Imaging Center and the co-director of the Carle Illinois Advanced Imaging Center that houses the 7 Tesla scanner, is one of the team’s co-investigators.

“The project led by Dr. Mostafa is a perfect example of the kind of collaborative study that our institutions envisioned would be enabled by the 7 [Tesla],” she said. “Novel imaging tools that have been developed by university investigators are being used to assist clinicians in better understanding clinical challenges to ultimately bring about better clinical outcomes.”

Learn more about the research partnership between UIUC and Carle Health.