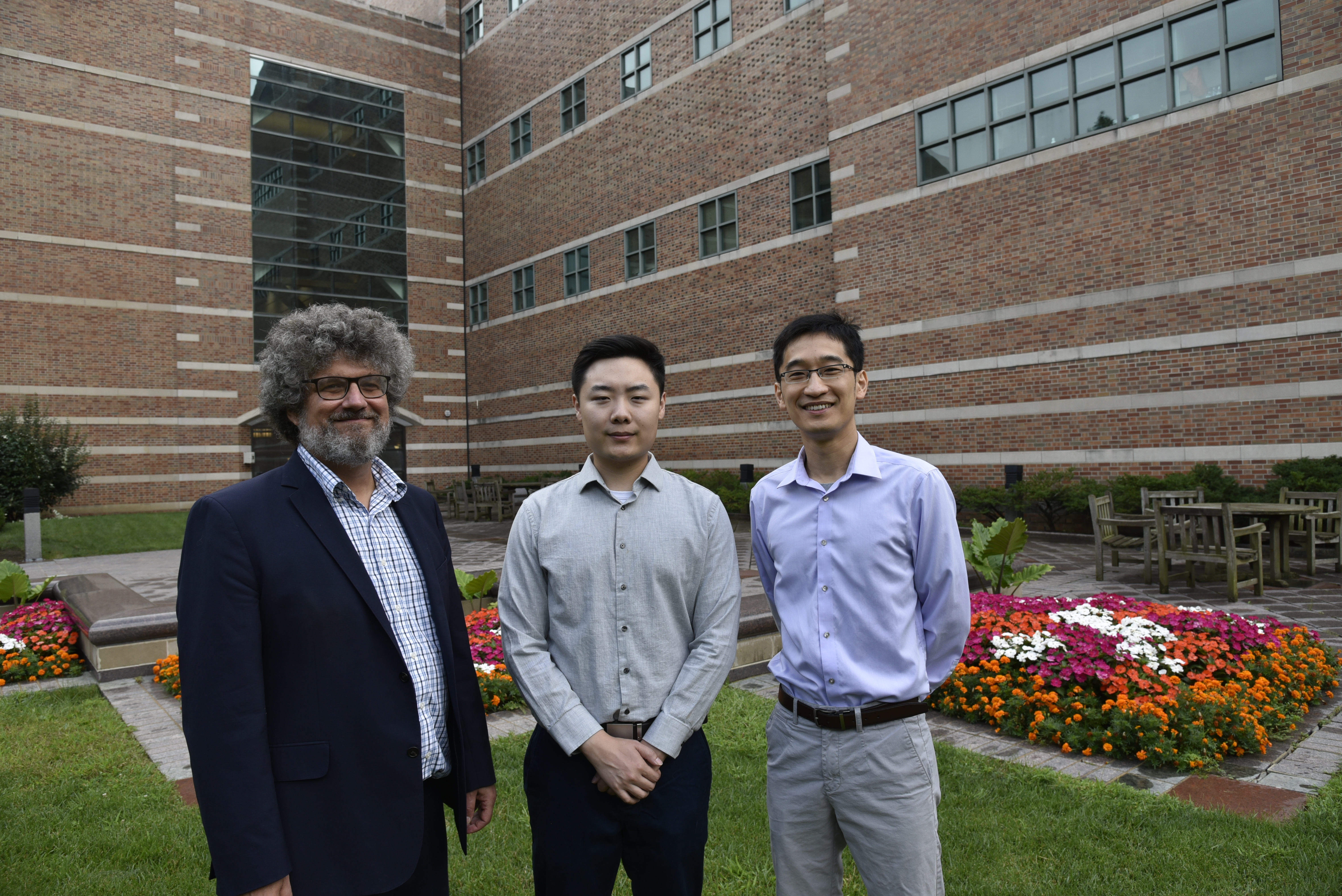 Richard Xie, a Beckman Institute Graduate Fellow studying bioengineering, kept in touch with Fan Lam after taking one of his courses. The two met to discuss Xie’s work on single-cell and tissue mass spectrometry imaging and realized that Xie’s data — Fourier transform-ion cyclotron resonance mass spectrometry — was similar to nuclear magnetic resonance spectroscopy. They asked a question: might the subspace model used for ultrafast magnetic resonance spectroscopic imaging by Lam and Zhi-Pei Liang, a professor of electrical and computer engineering and Beckman affiliate, also be applicable?

This breakthrough inspired conversations between Xie, Lam, and Jonathan Sweedler to investigate the power of informatics and computational methods for MSI. They discussed adapting Xie’s model to make MSI faster and connecting MRI and MSI for a new kind of multimodal, multiscale biochemical imaging.

“I am very excited about where this could lead us. The interdisciplinary environment that Beckman provided, and the collaborative spirits and open-mindedness of Jonathan and Richard, made this possible," Lam said.

From new intellectual property to additional manuscripts and grant applications, this collaboration continues to grow beyond its first publication.