Amid the start of a fresh semester, a familiar face is back at Beckman. 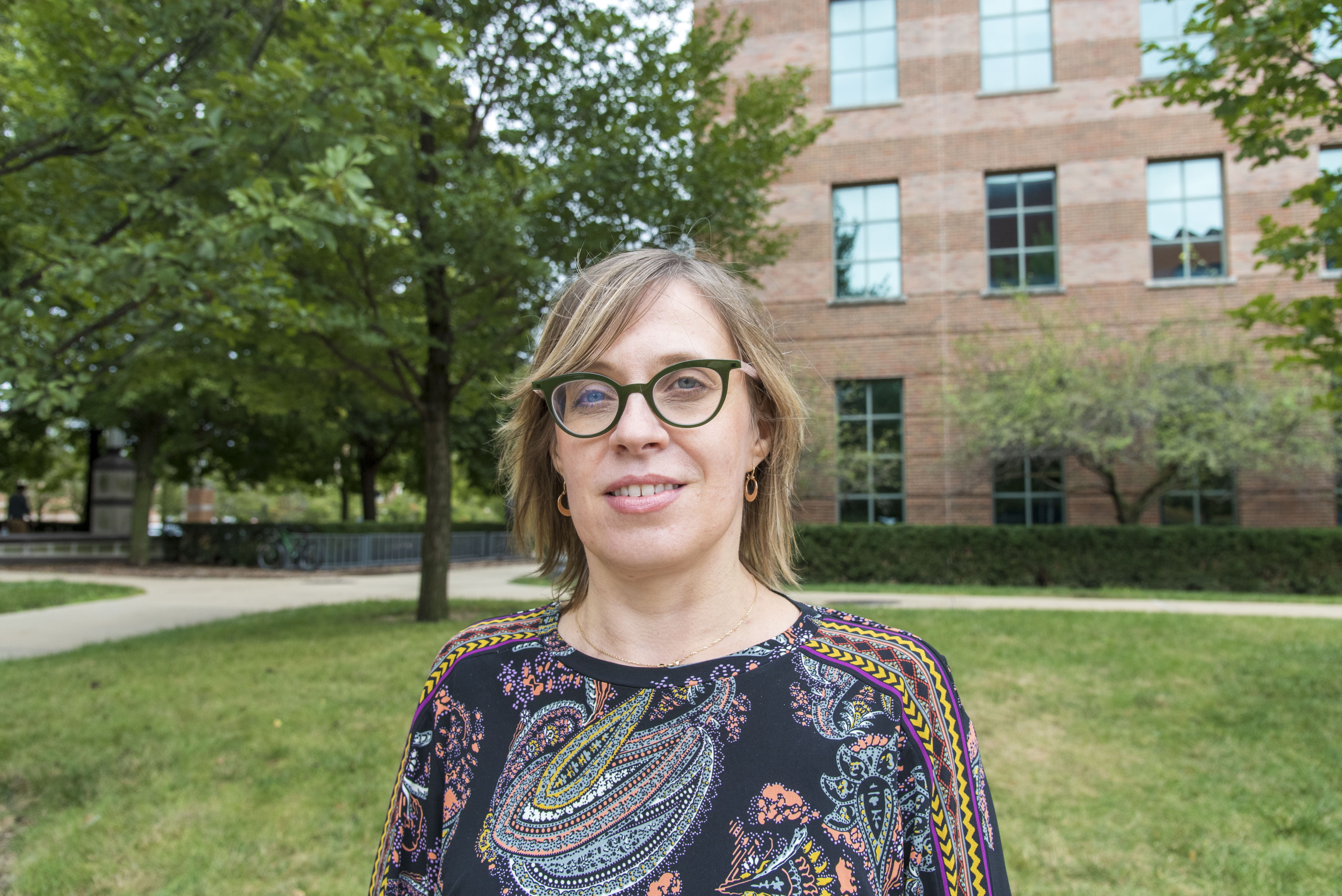 Ciobanu is a prolific researcher in neuroscience, pharmaceuticals, and biomedical imaging. Across these diverse fields, she specializes in MRI; specifically, developing techniques for running experiments with ultra-high magnetic fields. She’s well-versed in working with MRI scanners at every stage: from providing acquisition advice, to overseeing hardware installation, to leading research teams and shepherding scientific breakthroughs.

“What drove me towards MRI is its incredible versatility,” Ciobanu said. “And of course, among the many fields in which MRI is used, biomedical research is at the top of the list. I believe that the increased availability of high magnetic fields will lead to novel and exciting biomedical imaging applications."

Given her dynamic presence in the field of MRI, it’s not surprising that Ciobanu and Beckman Institute crossed paths in 2003, when she began a three-year appointment as a senior research scientist. she selected and facilitated numerous interdisciplinary research projects and self-directed studies to combine her home disciplines — physics and biology — with her peers’ strong suits — chemistry and engineering. 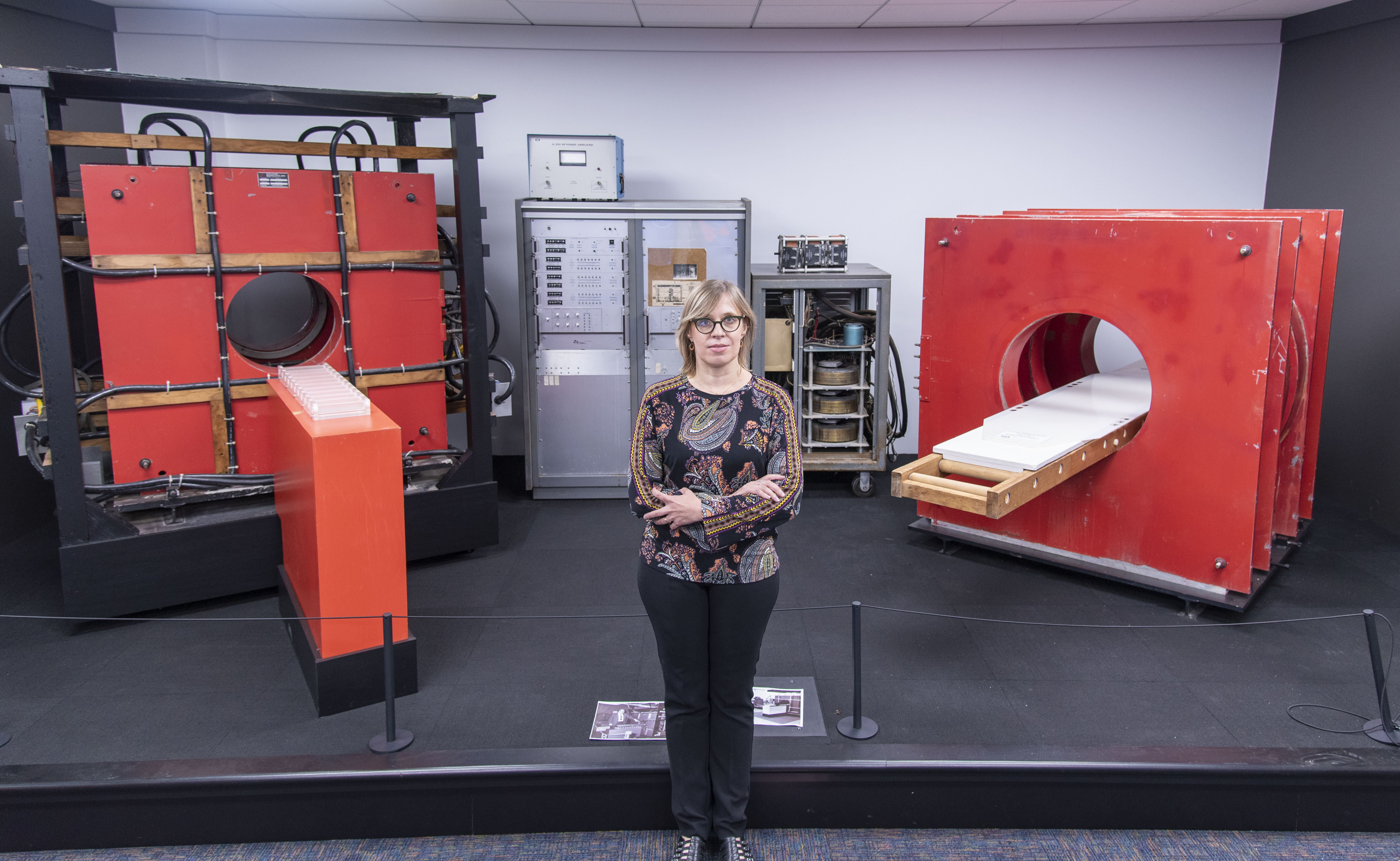 Ciobanu is invested in the past and future of MRI. She is pictured with Big Red, the first human MRI scanner, located in the Illinois MRI Exhibit at the Beckman Institute. Ciobanu spent an additional week at Beckman in March of 2020.

In September 2021, the third time is decidedly a charm. The reunion is a testament to the longevity of research relationships with roots on campus.

“Over the years, I kept in touch and continued to collaborate with some of the Beckman faculty. I particularly like the interdisciplinarity of the institute and how easy is to create collaborations across disciplines,” Ciobanu said.

As a visiting scholar, Ciobanu is here to teach and train, providing guidance and imparting wisdom to ensure that Illinois researchers make the most out of their MRI endeavors. This includes anything from setting up experiments and establishing protocols to programming specific pulse sequences and constructing specialized radiofrequency coils.

With the recent additions of a 9.4 Tesla preclinical MRI system and Siemens Healthineers MAGNETOM Terra 7 Tesla MRI scanner — the latter shared with Carle Health and located at the Carle Illinois Advanced Imaging Center — her appointment will no doubt be a busy one. 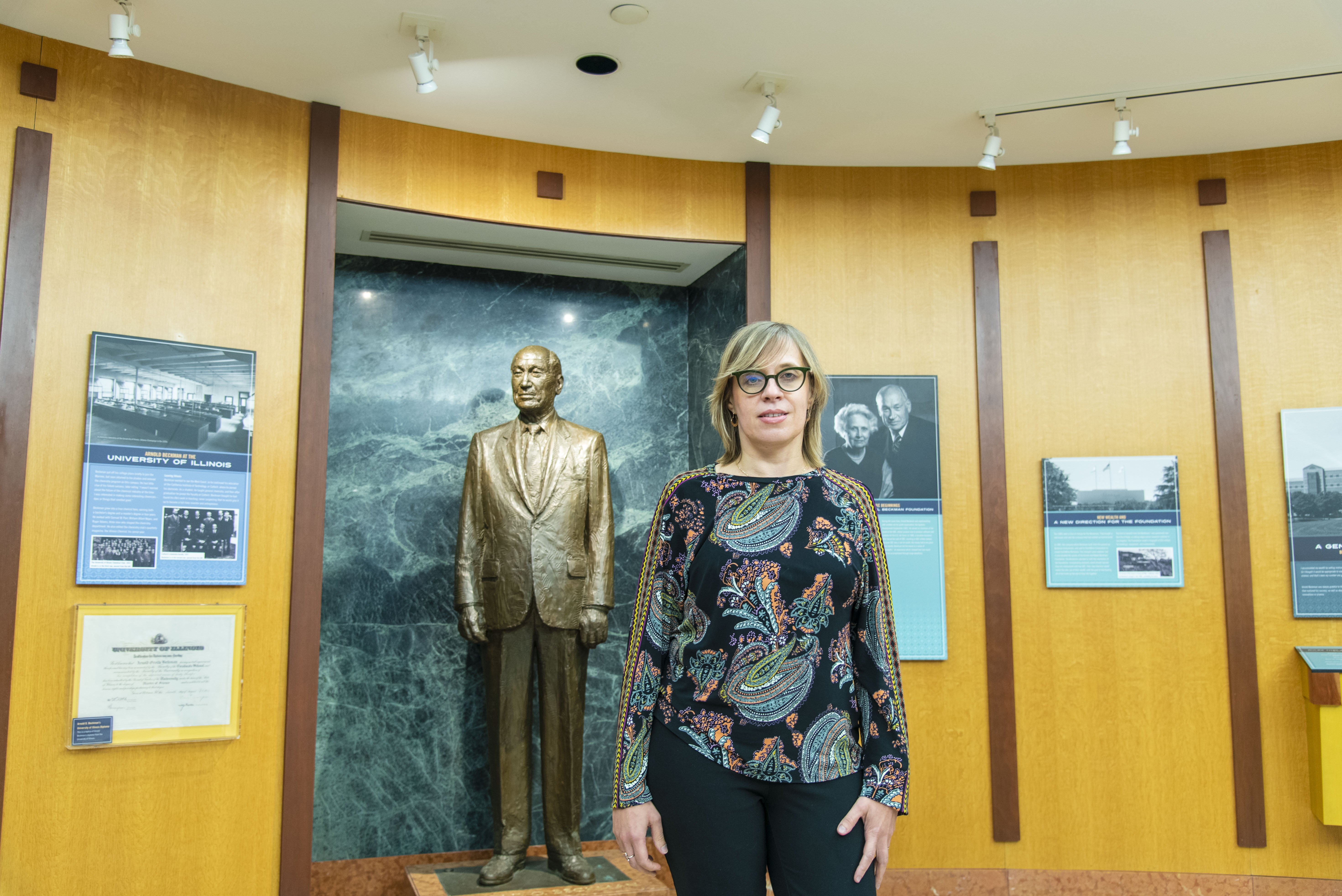 Ciobanu stands in front of a statue of Arnold O. Beckman located in the Beckman Institute.“The advanced hardware available today offers great opportunities for the development of new MRI methods to explore imaging applications at high and ultra-high magnetic fields. I want to help build collaborations with researchers from the Beckman Institute in order to facilitate such developments,” Ciobanu said.

Ciobanu will remain on campus until Friday, Oct. 8. Please contact her with questions or requests to set up an appointment at luisa.ciobanu@gmail.com.

Her published works include a book titled Microscopic Magnetic Resonance Imaging: A Practical Perspective. She is also the holder of US patent no. WO/2009/015348 (“System and Method for Providing Flow‐Enhanced Signal Intensity During a Functional MRI Process”).