Seven graduate students have been awarded 2021 Beckman Institute Graduate Fellowships. The program offers University of Illinois graduate students at the M.A., M.S., or Ph.D. level the opportunity to pursue interdisciplinary research at the institute. 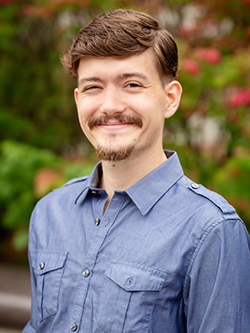 Evan AndersonEvan Anderson is pursuing a Ph.D. in neuroscience and will work with Brad Sutton of bioengineering, Aron Barbey of psychology, and Lav Varshney of electrical and computer engineering. His research focuses on the relationship between neural architecture and human intelligence. He plans to use artificial intelligence to study how different imaging tools represent neural organization and connectivity. He’ll develop a precise characterization of the brain’s topology and flexibility and relate those factors to individual differences in intelligence.

Developing this research using Beckman’s 3 Tesla MRIs will be an important foundation for future research on a 7 Tesla MRI. The Beckman Institute is a partner in the Carle Illinois Advanced Imaging Center, which is home to a Siemens MAGNETOM Terra 7 Tesla magnetic resonance imaging scanner. 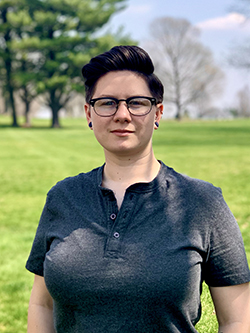 Elizabeth BelloElizabeth Bello is pursuing an M.S. in entomology and will work with Marianne Alleyne of entomology and Charles Schroeder of materials science and engineering and chemical and biomolecular engineering. She will collect and identify Illinois species of leafhoppers, then learn about the structures and size of brochosomes across different species. A brochosome is intricately structured microscopic granule secreted by leafhoppers.

Bello will then study how water maintains contact with leafhoppers that have brochosomes, as well as with leafhoppers whose brochosomes have been removed. She’ll also study the leafhopper cuticle and brochosome adhesion to the cuticle. Bello is serving as a mentor to Beckman Institute Undergraduate Fellow Shreyas Rajagopalan. Her work on brochosomes will better help researchers understand their potential for creating bioinspired anti-reflective coating materials and possibly new anti-biofouling materials. 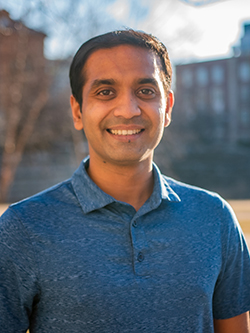 Bashar EmonBashar Emon is pursuing a Ph.D. in theoretical and applied mechanics and will work with Taher Saif of mechanical science and engineering, Rohit Bhargava of bioengineering, and Kannanganattu Prasanth of cell and developmental biology. He hopes to develop a new tool to study biological processes in space and time, in both their physical and chemical components.

He’ll combine a 3D biophysical sensor developed in Saif’s lab with Raman chemical imaging developed in Bhargava’s group. He hopes his new system will, for the first time, allow live imaging of cytoskeletal activities while measuring cell force and remodeling. He hopes it will show how cell force drives intracellular functions and how connective cells communicate with cancer cells. His work may eventually be used to study cancer progression and can be applied to other organs and systems. 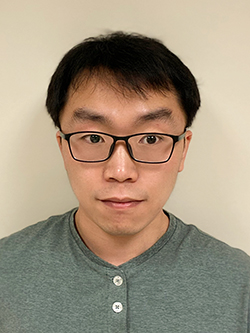 Rong GuoRong “Ronny” Guo is pursuing a Ph.D. in electrical and computer engineering. He’ll work with Zhi-Pei Liang in electrical and computer engineering, Brad Sutton and Fan Lam in bioengineering, and Florin Dolcos and Aron Barbey in psychology. His research will use the 7 Tesla MRI at the Carle Illinois Advanced Imaging Center to develop an unprecedented imaging technology: ultrafast, ultrahigh-resolution magnetic resonance spectroscopic imaging for brain mapping.

His research will solve two key challenges: Designing a data acquisition scheme to capture high resolution in a feasible scan time, and optimizing the data processing scheme to obtain high-quality and robust molecular information from the data the scan acquires. He plans to use simulations, phantoms, and human subjects to evaluate the technology he develops. Once it’s been validated, it can be applied to both neuroimaging problems and clinical applications to maximize its impact. It will transform non-invasive molecular imaging by enabling a range of clinical and research applications. 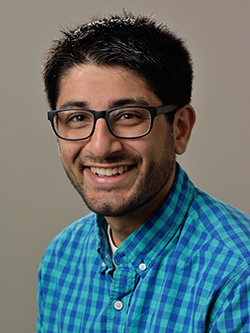 Nil ParikhNil Parikh is pursuing a Ph.D. in aerospace engineering and will work with Nancy Sottos of materials science and engineering, Mariana Kersh and Sameh Tawfick of mechanical science and engineering, and Philippe Geubelle of aerospace engineering.He will study whether 3D printing can mimic the complex architecture and function found in natural composite such as bones, the sea turtle, and mantis shrimp. Drawing inspiration from the internal structure of these natural composites, he’ll attempt to mimic their mechanical and functional properties creating synthetic microstructures for 3D printing.

He hopes to design a printing platform that offers precise control and material delivery. He also hopes to expand 3D printing to continuous fiber-reinforced composites to mimic the tailored functionality demonstrated by natural composites, which use hierarchal structures to achieve outstanding properties. 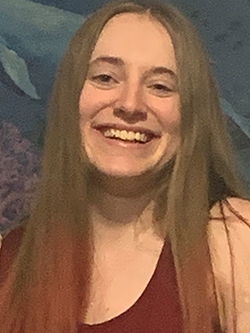 Amanda WeissAmanda Weiss is pursuing a Ph.D. in molecular and cellular biology. She will work with Martha Gillette of cell and developmental biology and Hyunjoon Kong of chemical and biomolecular engineering. She will study how the blood-brain barrier's permeability (or how easily substances can move into the body's brain and nervous tissue) is related to circadian rhythms, or the body's 24-hour internal cycles. A more permeable blood-brain barrier can cause strokes and neurodegeneration, and the accumulation of fibrin and other blood-derived factors can cause inflammation and cellular damage.

Weiss will learn about the circadian rhythms of endothelial cells, which line the blood-brain barrier. She'll then measure their permeability at different phases in the circadian cycle. Her work will help researchers better understand why early mornings are a peak time for strokes and why blood factors are so bad for brain cells and function. 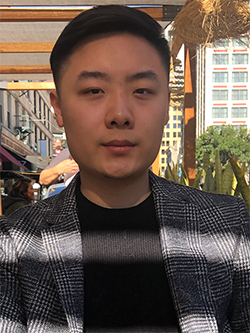 Yuxuan XieYuxuan “Richard” Xie is a Ph.D. candidate in bioengineering with a computer science and engineering concentration. He’ll work with Jonathan Sweedler of chemistry and bioengineering and Fan Lam of bioengineering. His research will focus on developing novel imaging techniques for multimodal mass spectrometry imaging and magnetic resonance spectroscopic imaging. The ultimate goal: To develop a framework that harnesses both imaging tools to gather biochemical information about the brain.

He’ll develop computational imaging and data-driven methods, which will lead to a significant improvement in how quickly high-resolution mass spectrometry imaging data can be acquired, and apply deep learning tools to integrate the multimodal data. His work will also lead to a better representation of brain chemistry with high molecular specificity and sensitivity, as well as accurate tissue physiology. The project will enhance researchers’ understanding of the brain, thanks to combining the powers of two separate imaging tools.