Researchers at the Beckman Institute for Advanced Science and Technology were part of a collaborative effort to investigate a new strategy to manage sodium levels in patients with kidney failure who were undergoing hemodialysis treatment. 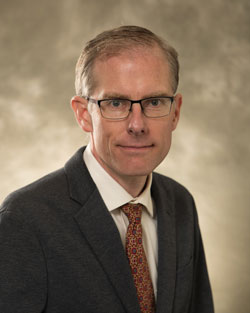 Ryan Larsen “Thirst and chronic volume overload are some of the most perplexing and clinically significant problems in nephrology,” said Kenneth Wilund, a professor of kinesiology and community health at the University of Illinois Urbana Champaign. However, the methods to treat these symptoms such as dietary and behavioral counseling are often ineffective. The study showed that four weeks of home-delivered, low sodium meals reduced weight gain associated with salt and water intake between hemodialysis sessions. 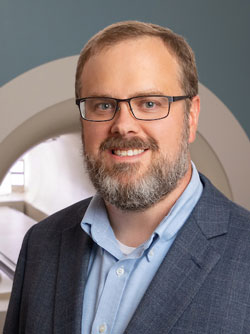 The paper, “Pilot Study to reduce interdialytic weight gain by the provision of low-sodium, home-delivered meals in hemodialysis patients,” was published in Hemodialysis International.

Magnetic resonance imaging technology was used to measure participants’ muscle sodium concentrations. Beckman research scientist Ryan J. Larsen and Brad Sutton, a professor of bioengineering and the technical director of Beckman’s Biomedical Imaging Center, lent their expertise for this part of the study. 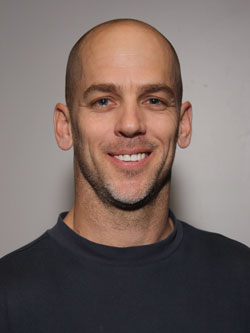 
The imaging was unique for Beckman experts in that it not only involved performing MRI scans of anatomical regions other than the brain, but it also involved using a Siemens Prisma 3T MRI scanner with both hydrogen and sodium coils to perform multinuclear imaging. Equipped with an additional amplifier to provide access to a wider range of frequencies for image acquisition, the machine could perform sodium nuclear imaging. This enabled the team to calculate sodium concentration in participants’ calf muscle tissues.

Larsen said the study posed several unique challenges. Sodium imaging is inherently done at a different frequency than hydrogen, and the signal acquired using sodium nuclei is much weaker because of its lower abundance making the images acquired not nearly as crisp, he said. The team performed both hydrogen and sodium nuclear imaging in this study. The signal acquired using the sodium nucleus excitation relaxes more quickly than hydrogen, which results in a much noisier image.

The ability to measure sodium is critical to kidney research. Sodium is an essential nutrient that is important in various biological processes like maintaining action potentials. Action potentials can best be explained as an explosion of electrical activity that is created by a depolarizing current.

“We know this is impractical as a long-term solution, but we hypothesized that if we could provide the low-sodium meals for a short period, the patients’ preference for salt would start to decline, and they would begin to see the benefits of reducing their salt intake,” Wilund said. “The evidence from this pilot study suggests this strategy may work, but we need to test this in a larger trial, which is what we are working on now.”

This study was funded in part by a grant from the Renal Research Institute.

Editor’s note: The study “Pilot Study to reduce interdialytic Weight gain by the provision of low-sodium, home-delivered meals in hemodialysis patients” can be found at https://doi.org/10.1111/hdi.12902.