Researchers have adapted infrared technology to automate the tracking of visual tasks in infants in order to more accurately measure memory and cognitive behavior. The technique can help improve cognition studies in infants.
By Ananya Sen

A new study from the Beckman Institute for Advanced Science and Technology describes how existing infrared technology can be adapted to measure recognition memory and other cognitive outcomes in infants.Researchers use infrared eye tracking technology to measure cognitive behavior.

The study demonstrated that the eye tracking technology and computer-controlled stimulus presentation can be successfully used to automate assessments of infant looking behaviors to measure specific cognitive functions. The outcomes were similar to those found in previous studies using non-automated techniques. The results also support the hypothesis that infants have side and stimulus preferences that affect their performance on specific cognitive outcomes.

The study “Characterization of performance on an automated visual recognition memory task in 7.5-month-old infants” was published in Neurotoxicology and Teratology. 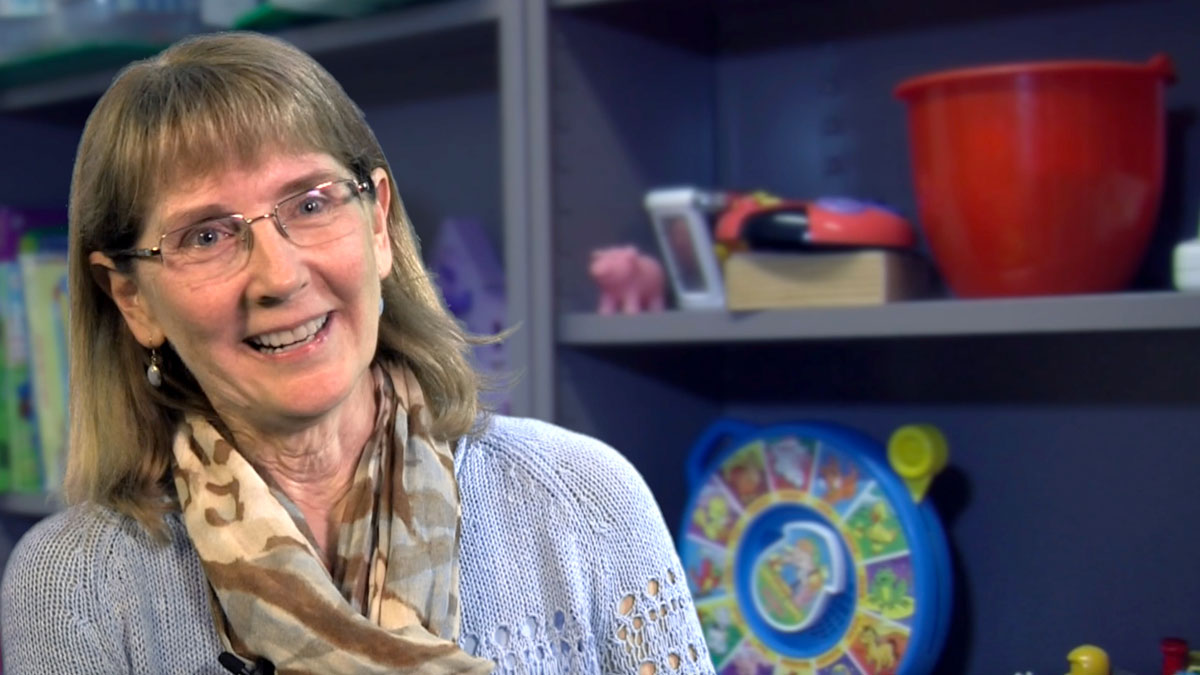 Susan Schantz is interested in using the infrared eye scanning technique to study the impact of prenatal exposures on cognitive development in babies. “Traditionally, eye-tracking studies require you to keep your head still and avoid any movement so that the eye tracker can work properly,” said Andrea Aguiar, a research assistant professor of comparative biosciences at the University of Illinois at Urbana-Champaign. “This is not a feasible method when you study infants. Additionally, we needed an automated approach that was not subjected to individual examiners’ biases.”

Typically, behavior studies on infants are carried out in the presence of trained examiners who need to decide where the babies are looking. Unfortunately, this approach is problematic because there is a lot of variation across examiners. Using the infrared eye tracker eliminates that variation.

“We have the infants sit on their mom’s lap and ask the mom to look down at the baby’s head and remain neutral. We then display pictures of faces and shapes on a big screen and calibrate the eye tracker,” said Francheska M. Merced-Nieves, a former graduate student in the Children’s Environmental Health Research Center. “The babies wear a target sticker in the middle of their forehead and the eye tracker measures the distance between the sticker and their cornea.

The goals of the study were to characterize infant looking behavior measures including side preference, fixation duration, and novelty preference using eye tracking and an automated version of an established technique that includes both human faces and geometric figures as stimuli. More than 300 infants, which are part of the ongoing Illinois Kids Development Study, were assessed using the automated technique.

In accordance with prior studies, the researchers saw that the infants spent a longer time looking at novel stimuli, indicating that they prefer those images. “We also confirmed the idea that most babies have a natural tendency to look toward their right side. Interestingly, when they were looking at the faces, they preferred looking at the eyes compared to the rest of the face,” said Susan Schantz, a professor emeritus of comparative biosciences and the director of the center.

The researchers hope to use this technique to look at the impact of various prenatal exposures on cognitive development in babies. Currently, they are interested in measuring how maternal stress impacts early cognition.

“We show the babies images and see how long they focus on them before looking away,” Merced-Nieves said. “We saw that higher maternal stress was associated with lower focus, which would indicate problems with attention.”

Unfortunately the system is expensive, but the researchers hope that the convenience and versatility afforded by a mobile eye-tracking test unit that they have designed will encourage other epidemiological research groups to adopt their method and paradigm. The mobile test unit, which can be set up in less than 30 minutes, replicates the setting in the researchers' Beckman infant lab; thus allowing researchers in very different settings to test infants under similar conditions.