Determining the quantity and location of lipids in the brain

The Sweedler Research Group has developed a new technique to measure the amount and distribution of lipids in rat brain samples. The technique can have potential applications in determining how the lipids change as a result of exposure to drugs of abuse.
By Ananya Sen

Researchers at the Beckman Institute at the University of Illinois at Urbana-Champaign have developed a new technique that can determine the specific molecular form, location, and the amount of lipids in samples of rat brain tissue. The technique provides more information than previous methods. 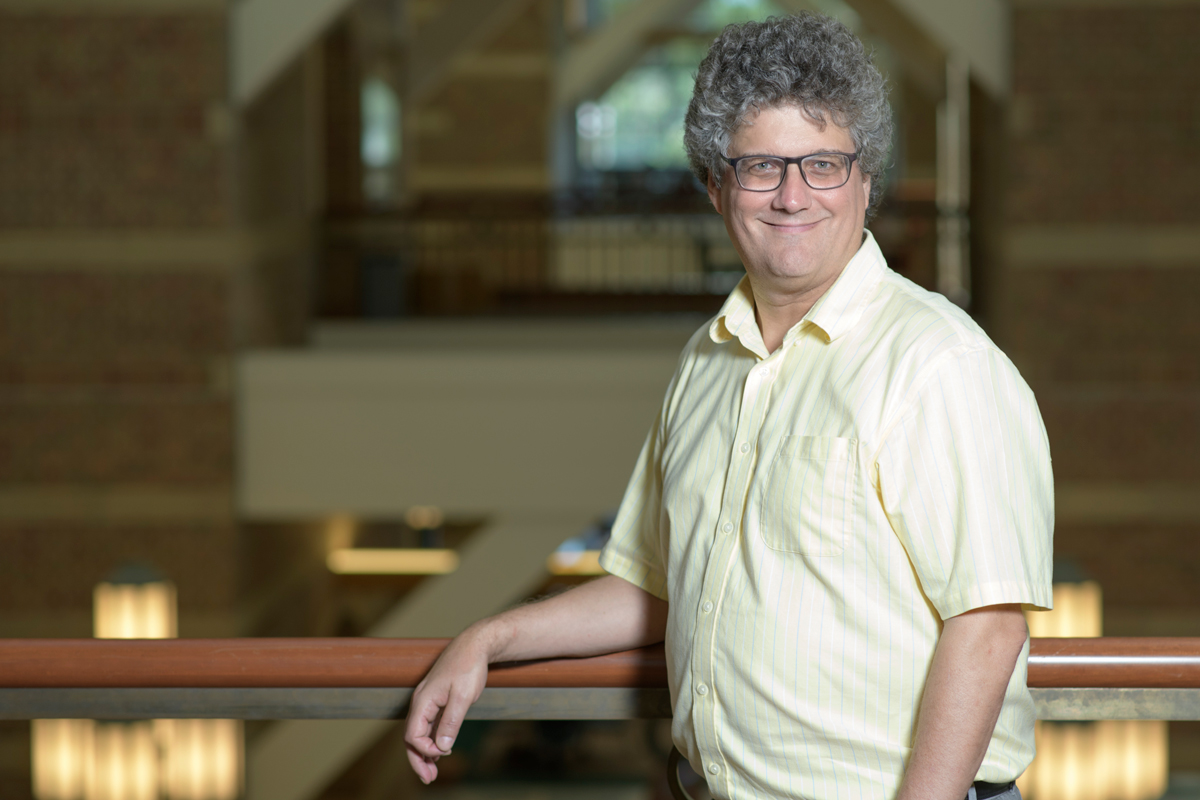 Jonathan Sweedler is interested in analytical neurochemistry and studying the distribution of neurotransmitters.

“The brain is like a bar of butter. The most common molecules are water and lipids,” said Jonathan Sweedler, James R. Eiszner Family Endowed Chair in Chemistry and the director of the School of Chemical Sciences. “Unfortunately, we don’t fully understand the chemical complexity of lipids in the brain, which makes it hard to know their functions and how they are affected by different diseases.”

Previous research in the field determined the lipid composition in a brain region, but not the localization or amount. The Sweedler Research Group refined a new technique called mass spectroscopy imaging that measures all three. “The technique allows us to look at a slice of a rat brain and figure out the locations of specific and unusual lipids,” Sweedler said.

Members of the Sweedler Research Group imprinted the tissues onto slides containing chemicals that could diffuse into the tissues and vice versa. “It’s like taking a piece of paper with ink and putting silly putty on it and seeing the image on the silly putty,” Sweedler said. Using this technique, the researchers were able to determine the distribution and amount of ceramides, which are important in learning and memory, in the tissue samples.

However, there are disadvantages to the technique. “Although it works well for certain categories of lipids, we haven’t shown that it works for the molecules found in the brain,” Sweedler said. “Additionally, it requires more steps because you have to prepare the brain sample and the surfaces that have the chemical coating.”

The researchers hope that this technique will help them look at how the lipid composition changes in response to pain medicines and drugs of abuse. This may help in the search for alternatives to existing treatments for chronic pain.

The study was funded by the National Institute on Drug Abuse.

The paper “Quantitative Imprint Mass Spectrometry Imaging of Endogenous Ceramides in Rat Brain Tissue with Kinetic Calibration” can be found at 10.1021/acs.analchem.0c00392.