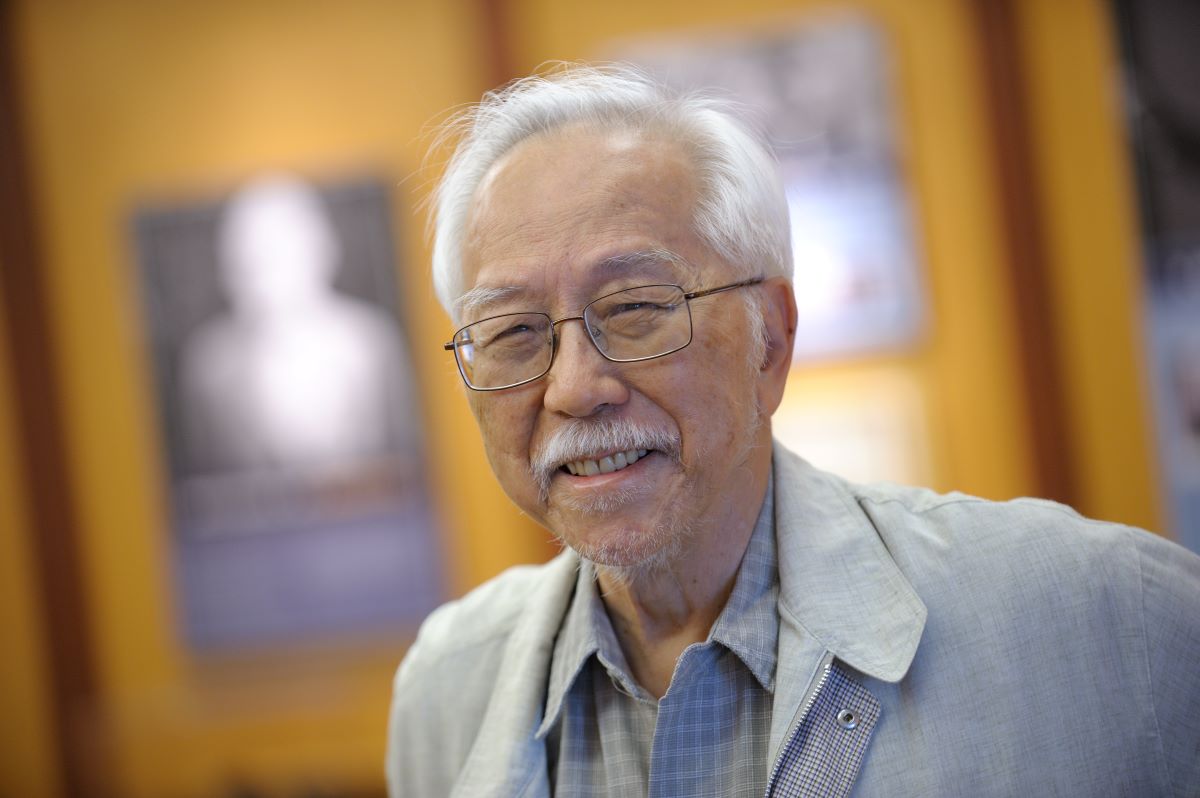 In his long career as a professor of electrical and computer engineering, Huang was ranked among the world’s most influential researchers and mentored more than 100 students. He was an inaugural faculty member at the Beckman Institute for Advanced Science and Technology.

He played a significant role in the institute's preliminary building committees. When the doors opened in 1989, Huang eagerly moved his lab to Beckman, forming the Image Formation and Processing Group.

Huang came to Illinois in 1980 after already having retired from Purdue and MIT. Throughout his career, Huang pursued work in image compression and quality, and more recently in working with deep learning algorithms to identify images without labels. As an educator, mentor, and researcher, he was awarded the highest recognition in three distinct fields: signal processing, pattern recognition, and computer vision—an enormous accomplishment, demonstrating his commitment to interdisciplinary research.

“This is an amazing aspect of his research,” said Zhi-Pei Liang, professor of electrical and computer engineering and a co-chair of the Integrative Imaging research theme at Beckman. He worked with Huang for many years. “Most researchers are happy to get to the top of a narrow field, but Tom has impacted three areas. That shows how influential his career has been.”

Throughout his career, Huang made a wide range of pioneering and fundamental contributions to image and signal processing, pattern recognition, computer vision, multimedia, and human-computer interface. He contributed to 21 books, more than 600 journal and conference papers, and has been elected to the National Academy of Engineering (USA), Chinese Academy of Engineering, Chinese Academy of Sciences, and Academia Sinica (Taiwan).

Huang led the charge in the field of image compression. One of his most significant contributions was developing a method of deriving a relationship between movements in three dimensions into movement from two-dimensional images. Recent advances in 3D urban modeling programs, such as Google’s StreetView, have foundations in Huang’s work in the 1980s and 1990s.

Huang’s visionary work early on in his career helped shape current practices in imaging. Before Huang’s work, there were very few ways to store an image: photographic negatives and video cassettes. His work was instrumental in developing compression standards for CDs, for example.

“Because of Tom’s pioneering work, there are now a seemingly endless number of ways to capture, store, and share images,” Liang said. “He has contributed more than anyone else to the technical underpinning of current international fax, image, and video compression standards. Without these standards, it simply would not be possible for us to store and transmit the huge amounts of multimedia data that all of us encounter on a daily basis.”

Huang retired from teaching in 2014 but continued to be an active researcher with a novel focus on deep learning, or the ability of computers to attribute layers to images. An algorithm could examine an image of a person, for instance, and find a face, arms, and legs. It could then clarify further by attributing facial features, like a nose, eyes, and ears. In this way, he hoped to develop self-sorting image algorithms that could identify and categorize images without any need for human labeling.

“Tom blazed news trails in image analysis,” said Beckman Institute Director Jeff Moore. “We only now are able to see just how meaningful his work has been.”

Huang’s career spanned three major universities. He earned his doctor of science in 1963 from MIT and then stayed at MIT as a faculty member for 10 years. In 1973, he moved to Purdue for seven years and then moved to the University of Illinois in 1980.

“Tom is an inspiration to his students, not only through his lifetime achievement and his contributions to science, but also how he brings so much passion, energy, and creativity to the work," Liang said. "He is a role model to many of us, and his work has impacted our society significantly, far beyond his papers, his books, and his many prestigious awards indicate."

“The one thing I have found over the years is—whatever I have accomplished, it’s entirely due to my students, so my career has really been the blessing of great students,” Huang said in 2016. “Mentoring students is the accomplishment I am most proud of.”

Huang was also an affiliate of the Coordinated Science Laboratory.