Joachim T. Operskalski, a graduate student in the Decision Neuroscience Laboratory at the Beckman Institute, is examining how people evaluate risk when making medical decisions.

“Decades of psychology research converge on the finding that people have a difficult time thinking clearly about probabilities and percentages, regardless of their educational level or ability to reason about other topics,” said Operskalski. “In the context of modern medicine, this can have serious consequences when the relative risks of aggressive treatment and more conservative approaches must be weighed against one another.” 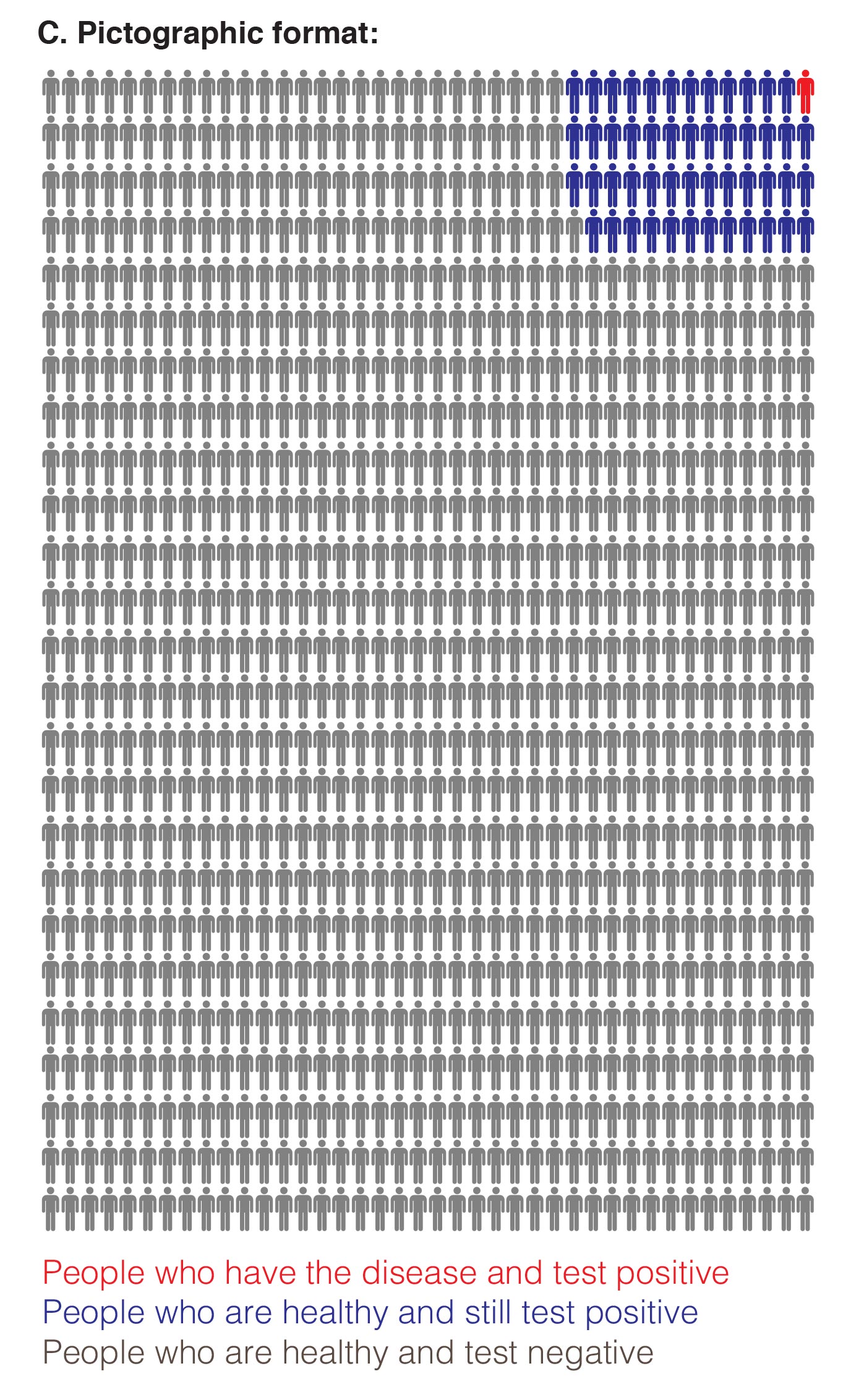 In an article recently published in Science, Operskalski and Aron Barbey, assistant professor of psychology and member of Beckman’s Cognitive Neuroscience Group, outline several steps in communicating effectively about risk without having to appeal to the subtleties of probability theory.

For example, imagine that you are asked to interpret a positive result on a screening test for a condition afflicting 0.1 percent of the population. You are told the test is 99 percent sensitive (missing the diagnosis 1 percent of the time), and has a 5 percent false positive rate. Most people intuitively judge the chance of the positive result being accurate at somewhere between 95 and 99 percent, which is incorrect. The correct answer becomes apparent, however, when the problem is framed in terms of how often the diagnosis occurs out of a meaningful denominator: 50 people out of 1,000 test positive, but just one person out of 1,000 actually has the disease. Framing risk problems in this manner, as frequencies instead of probabilities, or by using visual diagrams to convey the same information, helps medical professionals and patients communicate with one another more effectively. It makes the relative sizes of the different probabilities clear.

The researchers in the Decision Neuroscience Lab use MRI and cognitive tasks to examine the relationship between brain function and the ability to reason about risk. They also emphasize the potential benefits this research may have for patients.

“Patients are being empowered to make decisions about their own healthcare,” said Operskalski. “By understanding the psychology and neuroscience of uncertainty, we hope to reveal the source of our cognitive limitations while also discovering ways to teach and communicate effectively about matters of risk and uncertainty, such that we can overcome our limitations together.”