Anthony Griffin, from the Autonomous Materials Systems Group, Nathaniel Anderson, from the Cognitive Science Group, and Kin Lam, from the Computational and Biophysics Group, present their research at noon, Wednesday, May 4, in Room 1005 Beckman Institute. Lunch is provided. 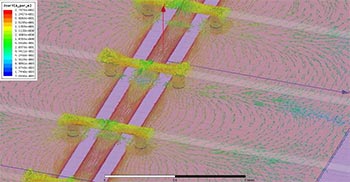 The exponential increase in wireless networks and devices over the past few decades has led to crowded bandwidths around commonly used frequencies. Recently, reconfigurable wireless devices have been developed so that direct adjustments to operating frequency, phase, and polarization can be made to the device while in service. Current methods of reconfiguration suffer from control systems interference and overheating at high powers. Here, we introduce a novel method of wireless electronic device reconfiguration utilizing flow of a liquid metal in integrated vascular architectures. Various devices and methods of reconfiguration are explored, with applications extending to spatially directed communications and high power radar detection. 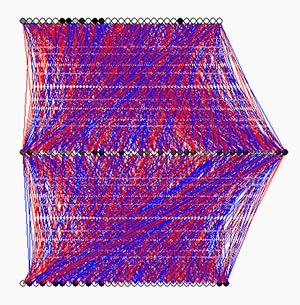 Children become fluent in their native language by age 5, but language learning does not end there. Not only do we continue to learn new words and phrases, but we seem to constantly track when and where individual speech sounds occur, so that small changes in their distributions are learned rapidly. In a series of experiments, participants were tasked with speaking syllables that, unknown to them, were generated according to rules that restricted certain speech sounds to certain syllable positions. For example, /f/ might occur only at the onset of the syllables they encounter in the task. Within only a few trials, the errors made by participants began to align with the modified distribution of speech sounds. This learning then made subsequent rule reversals more difficult. The pattern of learning observed will be discussed in relation to humans' domain-general ability to learn sequential patterns. 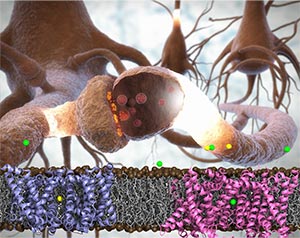 Action potentials in nerves and muscles are produced by a sequential opening and closing of voltage-gated sodium (NaV) and potassium channels to allow exchange of ions across the cell membrane. Fast inactivation of the NaV channel is crucial in the process as it halts the influx of Na+ ions shortly after the cell is depolarized and allows the cell to repolarize again rapidly. Failure of inactivation in the NaV channel may result in cardiovascular diseases or epileptic seizures. Despite many years of study, the detailed molecular mechanism for NaV channel inactivation remains elusive due to the lack of structural information of eukaryotic NaV channels. An atomic model of a eukaryotic NaV channel was built by homology modeling. Guided by cross-linking experimental data, an inactivated NaV channel model was obtained using molecular dynamics simulations. In light of both the computational and experimental results, we describe a possible mechanism for the channel inactivation.