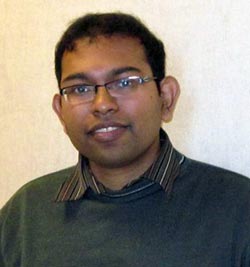 Living systems, down to their smallest, truly living components — cells — are made up of a huge number of molecules. Resolving a cell molecule-by-molecule, namely at the level of chemistry and physics, is a long-held dream, as this feat would link the life sciences with the physical sciences at the most basic level. The optimism for soon resolving a whole cell with the computational microscope derives from a breakthrough project already achieved on the Titan supercomputer, namely, the molecule-by-molecule view of a so-called cellular organelle, the photosynthetic chromatophore. This organelle is about 100 nm in size and, in volume, is about a hundredth of a very small living cell. The view of the chromatophore through a computational microscope, realized in full only this year, is amazing and beautiful. One sees a clockwork of linked, mostly rather elementary processes: light absorption producing optically excited chlorophyll molecules; chlorophyll excitation spreading through the entire chromatophore, inducing electron and proton transfer at certain centers; electrons being moved around by different charge carriers; protons being pumped into the chromatophores until the protons’ pressure becomes high enough that they mechanically drive synthesis of molecules of ATP, a fuel that provides energy for most cellular activities. With the computational microscopy of the chromatophore, a major part of a biological cell has been resolved, for the first time in its entirety, at the level of truly basic chemistry and physics, showcasing how Angstrom-scale processes lead to 100-nm-scale overall function of solar energy harnessed to make ATP. 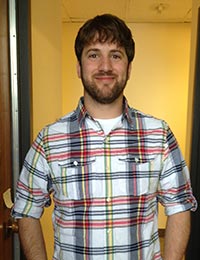 Identifying daily activities that may improve cognition has gained tremendous popularity in the last decade. The advent of cognitive training is one example, where the goal is often to improve a range of everyday skills by having users practice tasks or play games that engage various cognitive abilities, like working memory or executive function. Does ‘brain training’ lead to the striking real-world benefits that some companies claim? Ward will discuss this debate and some of the methods underlying cognitive interventions, as well as two other promising ‘brain-boosting’ approaches that have been linked to increases in cognitive performance: aerobic exercise and low-current brain stimulation. In combination, these three approaches may be used to understand the degree to which cognition is malleable in order to develop practical guidelines for future interventions.