The next Graduate Student Seminar will be held on Wednesday, March 9, at noon in Room 1005. Joanne Li, from the Bioimaging Science and Technology Group, Cassandra Jacobs, from Cognitive Science, and Angela Barragan from Theoretical and Computational Biophysics, are the presenters. Lunch is provided. 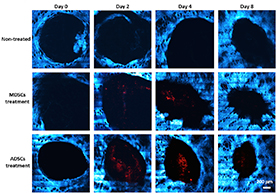 Impaired skin wound healing is a significant co-morbid condition of diabetes, which often results in non-healing diabetic ulcers due to poor peripheral microcirculation, among other factors. Currently, most assessments and analyses of wound healing and novel treatments have been completed using standard photography, ex vivo cell work, and histology. While these techniques offer invaluable information, a technology capable of noninvasive, in vivo monitoring of wound healing with cellular-level resolution will provide a better understanding of this complex process. Multiphoton microscopy (MPM), including two-photon fluorescence (TPF), second harmonic generation (SHG) microscopy, and fluorescence lifetime microscopy (FLIM), is uniquely suited for probing the in vivo microenvironment of skin due to its noninvasive nature, label-free contrast mechanisms, and capacity for high resolution. In this talk, different optical imaging modalities will be introduced. In addition, recent studies on the assessment of novel wound healing treatments utilizing our home-built multimodal microscope system will be presented.

"Keeping Your Thoughts to Yourself: The Role of Inner Speech in Audience Design"

Language is used first and foremost as a means of communication. When ideas have already been brought into a conversation, they are given. On the other hand, the first time we talk about something, it is new. Acoustically, given and new forms of the same word differ. Among other things, a word that is repeated (given) is shorter in duration. Some theories have suggested that this repetition reduction happens whenever word production is easy. In two experiments, I tested whether saying a word in inner speech or whether simply mouthing a word was sufficient to shorten the form of that word when it was later repeated out loud. I found that while saying a word out loud twice led to normal repetition reduction, inner speech and mouthed speech did not. At the same time, repetition did help speakers start talking earlier, showing that production of that word was easier. In light of these results, I propose repetition reduction requires hearing one's own speech so that the word is given in the discourse. 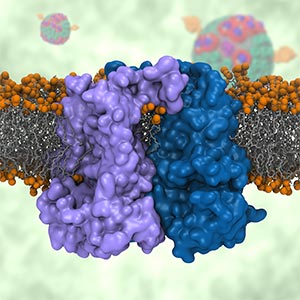 Living cells are sustained primarily by cellular respiration and photosynthesis. These two mechanisms share some similarities as both can be seen as a series of energy transfer subprocesses, mainly in the form of charge transfer reactions. The bc1 complex is an enzyme that plays a central role in photosynthesis in purple bacteria as well as in cellular respiration in mitochondria, and it efficiently transfers energy to the interior of the bioenergetic apparatus. The bc1 complex has been studied for many years, yet a molecular-level description of its mechanism is still missing. In this talk, we describe how, by employing computational methods such as molecular dynamics simulations and quantum chemistry calculations, it is possible to elucidate the key elements involved in the primary steps of the bc1 complex reaction mechanism.