Tae Ann Kim and Ian Robertson, from the Autonomous Materials Systems Group, and Michael Kruepke, from Cognitive Neuroscience, are the presenters at the Nov. 11 noon seminar in Room 1005. Lunch is provided. 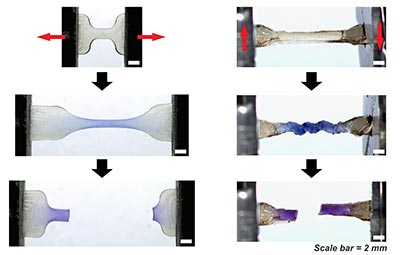 Mechanochromophores are small force-sensitive molecules that exhibit color changes in response to mechanical stimuli. In this work, we investigate changes in the critical force for color activation for two different forms of the well known mechanochromophore, spiropyran (SP), integrated into a poly(dimethyl siloxane) (PDMS) polymer matrix. The two forms of SP are synthesized with different functionalized attachment points that will influence how force is transmitted from the PDMS to the SP. Activation is investigated under both tensile and shear loading conditions. In addition to changing color, the SP also becomes fluorescent under applied force. We use the fluorescence signal as an indication of activation and developed a combined mechanical and optical set-up for measuring the fluorescence intensity change while stress is applied. With accompanying simulation and experimental results, we find that the required stress for SP activation is altered by manipulating its force focusing attachment points in bulk elastomeric polymers. 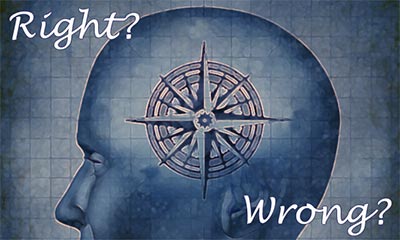 Moral judgments are an important part of human nature linked to everything from political orientation to violence and aggression. In this talk, I describe a method for investigating moral judgment, which deviates from traditional methods by simultaneously measuring multiple considerations in making moral judgments, e.g., the legality of an action or the amount of harm caused. Specifically, I explain the development of this method based on real-life moral events rather than the frequently applied scenarios from philosophy, e.g., the Trolley problem. I then present multi-level modeling data demonstrating the impact of specific considerations on moral judgments. This work extends research on moral judgment and provides a refined methodology for future behavioral and psychophysiological studies. 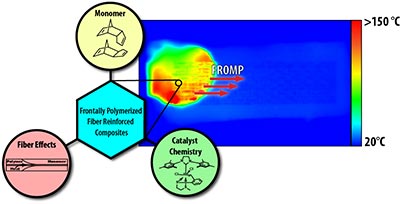 Fiber-reinforced composite materials are widely used in high-performance applications such as aircraft, luxury vehicles, and wind-turbine blades due to their combination of light weight, high strength, and high stiffness. However, the production of these composites is a time and energy intensive process requiring hours of high temperature curing, which limits their widespread adoption in other areas. Here we report the use of frontal polymerization in place of standard curing to rapidly fabricate fiber-reinforced composites of polydicyclopentadiene and carbon fiber. Frontal polymerization involves a propagating reaction wave that uses the heat produced by a polymerization reaction to rapidly transform liquid monomer into solid polymer. We demonstrate control over frontal velocity and pot-life by altering monomer chemistry and working temperature. Additionally, the potential effects of the fiber reinforcement on this propagating reaction are explored. Using this technique, we have demonstrated curing of a fiber-reinforced composite in less than 2 min with minimal input energy. This type of high-speed, low-energy manufacturing has the potential to dramatically reduce the cost of these composites, allowing for their use in a broader variety of applications.