Qian Yin (Bioimaging), Petra Majdak (NeuroTech), and Daniel McDougle (3D Micro- and Nanosystems) will present on Wednesday, March 18 at noon in Beckman room 1005 as part of the Graduate Student Seminars. Lunch will be served. 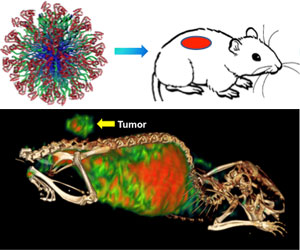 Behavioral and Pharmacological Evaluation of a Genetic Model of ADHD 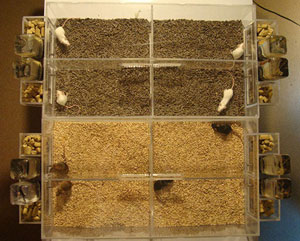 It is difficult to model multifaceted clinical disorders in animals, which effectively limits our ability to fully understand disease etiology and progression. Selective breeding is a powerful tool that can be used to model such disorders, including attention-deficit/hyperactivity disorder (ADHD). We have been conducting a selective breeding experiment for increased levels of physical activity in the home cage for more than 17 generations. One line (high-active) is subjected to selection for increased total distance traveled in the home cage, while the other line (control) is randomly bred. Distance traveled in the home cage has increased from approximately 0.3 km/day in controls to 1.5 km/day in high-active. The goal of this study was to characterize the pharmacological responses of the high-active mice to d-amphetamine in the go/no-go task of motor impulsivity, as well as performance of high-active mice in the y-maze task for inattention. Both motor impulsivity and inattention are hallmark features of ADHD, and the present results suggest the high-active mice are a useful model for elucidating the underlying neurobiology, pharmacology, and genetic correlations between hyperactivity, inattention, and impulsivity. 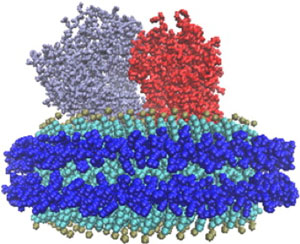 Endocannabinoids are neuromodulatory lipids that elicit the same psychoactive effects of cannabis. The dysregulation of the two most prevalent endocannabinoids—anandamide (AEA) and 2-arachidonoylglycerol (2-AG)—are implicated in cardiovascular disease as well as many neurological disorders. Both AEA and 2-AG have been shown to be substrates for the cytochrome P450 pathway, forming potent metabolites with unique signaling capabilities. Here we demonstrate that 2-AG and AEA are substrates for metabolism by CYP2J2 epoxygenase in the model membrane bilayers of nanodiscs. CYP2J2 is the primary cytochrome P450 in the human heart and is known to promote vasodilatory, anti-inflammatory, and anti-nociceptive effects. Notably, the incorporation of CYP2J2 into discoidal (~10 nm diameter) nanodiscs enabled biochemical and biophysical elucidation of the protein-ligand interactions. Incubations of CYP2J2 with AEA formed four AEA-epoxides, whereas incubations with 2-AG yielded detectable levels of only two 2-AG epoxides. The formation of the predominant AEA and 2-AG epoxides was confirmed using endoplasmic derived microsomes prepared from the left myocardium of porcine and bovine heart tissues.