The first Director's Seminar of the semester on Jan. 29 will feature Ranxio (Frances) Wang, psychology professor and part-time faculty member of the Human Perception and Performance Group. The presentation will start at noon in Beckman room 1005, and lunch will be provided.

Getting Lost during Navigation: The Unconscious Processes

Navigation is the cognitive activity shown by most animals to remember and go to a specific location. It is common belief that there are two main schemes to accomplish navigation. The “lower” species such as insects use a primitive method called path integration, while the “higher” animals develop an advanced, fundamentally different system called cognitive map.

However, an alternative view is that the cognitive map evolved directly from the path integration system and is basically the same thing. In this talk I will discuss how path integration works, how a collection of them can produce a mental map, the properties of such a navigation system that lead to people easily getting lost in certain environments, and how to overcome those difficulties. 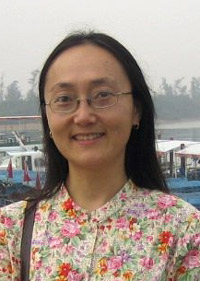 Frances Wang received her Ph.D. from Massachusetts Institute of Technology in 1999 in computational cognitive sciences and is currently a professor in the Department of Psychology at the University of Illinois. Dr. Wang's research focuses on various aspects of visual and spatial cognition, including navigation and spatial memory, object and scene recognition, human comprehension of four-dimensional space, and visual threshold. She has published more than 60 journal articles and book chapters, and was a keynote speaker at Spatial Cognition 2014 in Bremen, Germany. Dr. Wang received the A. O. Beckman Research Award in 2000 and 2010 and was appointed as an associate of the Center for Advanced Study in 2012.