Jianjun Cheng, associate professor of materials science and engineering and part-time faculty member in the Bioimaging Science and Technology Group, will present on Thursday, March 20 at noon in Beckman room 1005. Lunch will be provided. 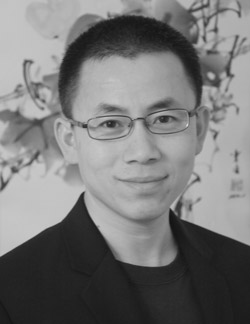 Jianjun Cheng earned his Ph.D. in materials science from the University of California, Santa Barbara in 2001. He was a senior scientist at Insert Therapeutics, Inc. from 2001 to 2004 and a postdoctoral fellow at MIT from 2004 to 2005. He joined the faculty of the University of Illinois at Urbana-Champaign in 2005 and is an associate professor of materials science and engineering and a Willett Faculty Scholar. Cheng is the co-inventor of 18 patents, seven of which are in active use in industry. He has co-authored more than 100 publications. He received a Prostate Cancer Foundation Competitive Award in 2007, a National Science Foundation CAREER Award in 2008, Teaching Excellence Awards at U of I for five times in 2008-2010, a Xerox Award for Outstanding Research at U of I in 2010, and an NIH Director’s New Innovator Award in 2010. He was appointed as an associate of the Center for Advanced Study in 2014. Cheng is also an associate editor of Biomaterials Science, Royal Society of Chemistry.