BIC provides magnetic resonance (MR) services not only for Beckman researchers, but for researchers across campus, and around the world. BIC’s MRI systems are research-dedicated scanners used to pursue imaging studies in both humans and animals. Recent studies have included work by neuroscientists and psychologists on the effects of exercise on cognitive function in children and adults; an examination of the emotional and cognitive function of adults with traumatic brain injuries; and studies by researchers from the Departments of Animal Science and Nutrition to map the brains of pigs in an effort to develop clinical interventions for humans.

“The Trio 3T MRI has been the workhorse for BIC’s MRI Laboratory,” said Tracey Wszalek, director of BIC. “The demand for access has continued to grow such that we were not able to meet the needs of all of the funded studies in a timely manner. We have also seen an increased demand for access to the scanner for the development of new MR hardware and software.

“Our new scanner, a duplicate and complementary system, is a very welcome addition to our portfolio and solidifies a firm foundation for growth in into imaging at even higher magnetic field strengths,” said Wszalek. “The new scanner also provides additional opportunities for engineers and scientists working to develop new imaging capabilities, such as MR elastography (MRE) for non-invasively measuring tissue health through its stiffness. This is just one example of exciting, clinically relevant techniques developed at BIC that give investigators new ways to image the brain and other structures.

“The plans for this acquisition have been in the works for quite some time,” said Wszalek. “However, the sudden increase in research activity and limited availability of this particular system prompted very quick action by the campus community to align assets and secure this system.”

A Siemens Allegra 3 Tesla system was decommissioned in January 2013. The Allegra head-only scanner, acquired in May 2002, was the University’s first human MRI scanner on campus. 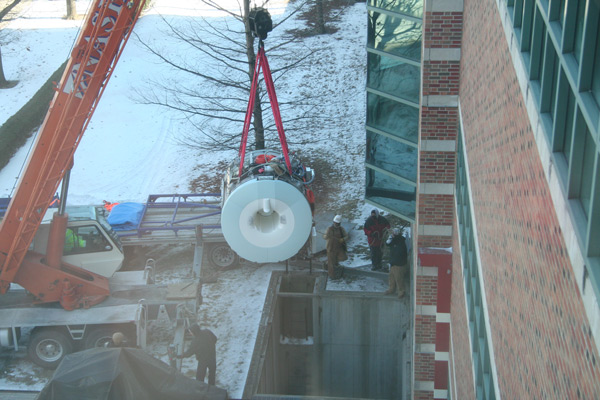 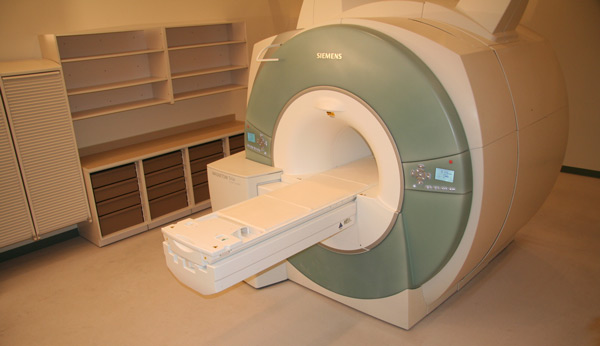