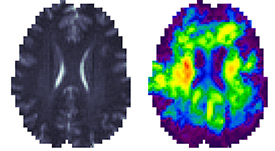 Mechanical properties of tissue have a long history as biomarkers for disease and pathology.  Qualitative assessment of tissue stiffness is often the first step in detecting lesions, however, quantitative measures may provide information about malignancy and staging of disease.  Magnetic resonance elastography (MRE) is a non-invasive MRI technique used to investigate the mechanical properties of tissues in vivo.  MRE couples shear wave imaging techniques with wave inversion algorithms, and has been applied to many tissues including liver, breast, and skeletal muscle.  Our work focuses on MRE of the brain, which has been marked by inconsistent results throughout the field, owing to the complex mechanical nature of brain tissue and the difficulties associated with generating and imaging shear waves in the brain.  In order to improve brain MRE results, we have developed a fast, high-resolution MRE sequence that allows for easy tradeoffs between resolution, signal-to-noise ratio, and image distortions and has generated reliable results with the highest published spatial resolution.  Coupled with an iterative finite-element based inversion algorithm, we have developed an MRE acquisition scheme that can improve the accuracy and repeatability of brain MRE measurements.

Biography: Curtis Johnson is currently a Ph.D. candidate in Professor John Georgiadis’ research group in Mechanical Science and Engineering at the University of Illinois at Urbana-Champaign.  His research involves using magnetic resonance imaging to investigate biomechanics, primarily focusing on the development of magnetic resonance elastography methods.  He received the B.S. in Mechanical Engineering from the Georgia Institute of Technology in 2007 before coming to Illinois, and has also worked at 3M TouchSystems. 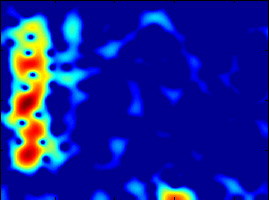 Ultrasound contrast agents (UCA) are micron-size, encapsulated gas bubbles with a thin shell providing stability from rapid dissolution. When these agents are insonified by ultrasound pulses, they respond dynamically with oscillation, translation, jetting, and collapse. The study of these behaviors is particularly relevant for emerging experimental uses of UCAs which seek to leverage their mechanical forces to create or avoid specialized bioeffects; one example known as sonoporation takes advantage of microstreaming generated by UCAs for enhanced trans-membrane delivery of materials. Interpreting the results of these types of bioeffect-based studies requires understanding the microbubble response under similar acoustic settings to those being explored therapeutically. We have developed a unique acoustic experiment and analysis methodology for characterizing shell rupture and destruction of single UCAs through the observation of postexcitation signals, which allows a type of collapse threshold to be obtained. Comparison of theoretical single shelled bubble models to these thresholds yields good agreement using a simple expansion criterion; this suggests very large growth of at least three times the initial size leads to these postexcitation collapses. Such analysis also provides one of the first acoustic experimental comparisons of large amplitude UCA response to single bubble theory. 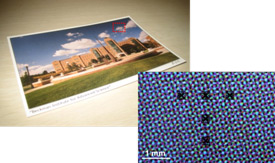 Meeting the increasing performance demands of emerging micro/opto-electronic technologies can require devices fabricated by large-scale integration of disparate classes of materials into spatially organized, functional arrangements.  Transfer printing, a process in which an elastomeric stamp element acts as a carrier between a prepatterned donor wafer of ‘inks’ (semiconducting nanomaterials and others) and a specified target substrate, provides a route for direct integration of diverse nanostructures and materials into single, unified systems.  Transfer printing efficacy, particularly release between transfer element (stamp) and substrate, can be engineered to support a variety of mechanical forces that alter its adhesive strength.  We have demonstrated a series of active polydimethylsiloxane (PDMS) stamps containing small pressurized microchannels and reservoirs which can be used to locally inflate the stamp surface, providing an unprecedented level of dynamic control over stamp geometry during printing.  Exploiting well-established molding techniques, a variety of reservoir and channel designs were investigated to reveal critical factors influencing printing, including contact area manipulation at the stamp/ink interface and mechanical surface bending.  Additionally, PDMS stamps with independently programmable active regions were fabricated to demonstrate selective retrieval and printing of different ink layers onto a variety of unusual substrates such as plastic sheets and glass for heterogeneously integrated systems.

Biography: Andrew Carlson received his B.Sc. and M.S. degrees in Materials Science and Engineering from Stanford University in 2006. He is currently a Ph.D. candidate in the Materials Science and Engineering department at the University of Illinois at Champaign-Urbana, working in the research group of Prof. John Rogers. Andrew’s research interests include the physics of adhesion at low and high modulus material interfaces, fabrication, manipulation, and assembly of multi-dimensional semiconductor nanomaterials (micro/nano-masonry, MNM), as well as materials and device designs for unconventional electronics.