Social and Emotional Dimensions of Well-Being

Our website will be down during a scheduled outage at 7 p.m. Monday, Nov. 9.

Social and Emotional Dimensions of Well-Being

Labs within this group

Twelve undergraduate and graduate students were recently named recipients of the 2020 Beckman Institute student awards and fellowships, which provide research experience. The Arnold and Mabel Beckman Foundation, as well as other scholarship and memorial funds provided by generous donors, support these programs.

The awards and honorees:

Supported by funding from the Arnold and Mabel Beckman Foundation, the fellowship offers University of Illinois undergraduate students the opportunity to pursue interdisciplinary research during the summer. 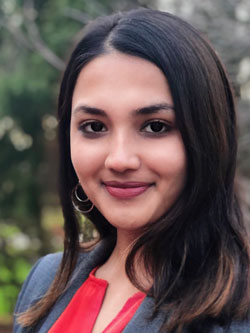 Nikita Jain Nikita Jain is a sophomore majoring in computer science and minoring in statistics with a certificate in data science. She plans to continue her research with linguistics Professor Roxana Girju. She has proposed descriptive and exploratory analytical research on a collection of athlete-media interactions. Specifically, she will perform linguistic and computational analysis of the text to capture the sentiment and emotional content of the interactions as well as the athletes’ intended messages. 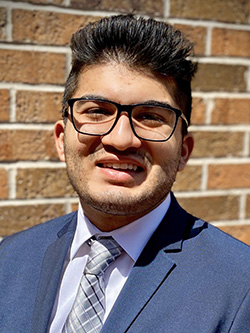 Niraj Lawande is a sophomore studying molecular and cellular biology. He conducts research with Catherine Christian, an assistant professor of molecular and integrative physiology. His project is aimed at localizing neurological differences underlying reduced social interest in mice genetically lacking the diazepam binding inhibitor peptide. Recent clinical studies have begun to link DBI dysfunction and certain forms of autism in humans. These studies may provide new clues toward novel therapies for social deficits in autism and other neuropsychiatric disorders. 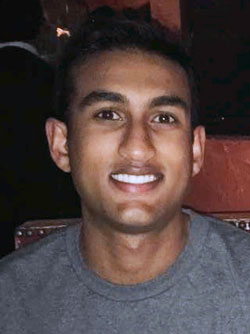 Harsha Namburi Harsha Namburi is a junior majoring in honors integrative biology. He conducts research with neuroscience program graduate student and new Beckman Institute Graduate Fellow Eman Hamed, senior research scientist Jennifer Mitchell, and cell and developmental biology Professor Martha Gillette. He will study the levels of specific neuropeptides in the brain at various time points throughout the day. Oscillatory patterns of these neuropeptides will be compared between animals on a natural circadian rhythm versus a disrupted circadian rhythm. 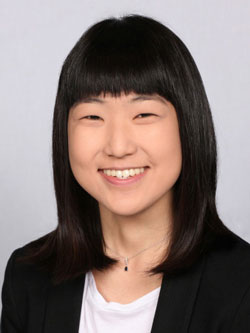 Carolyn Oh Carolyn Oh, a sophomore studying molecular and cellular biology, conducts research with chemistry Professor Jonathan Sweedler. Her research will apply and optimize a method to analyze the chemical contents of mammalian single neurons. She also will introduce and test a new device to analyze the contents of single cells. The information obtained from these two projects will explain why certain behaviors and functions occur and contribute to neurological conditions and diseases. 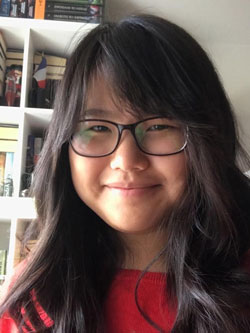 Namuunzul Otgontseren Namuunzul Otgontseren, a junior studying chemistry, works with Jefferson Chan, an assistant professor of chemistry. She is working to create the derivatives of the NitroxylFluor, which can help optimize the study of nitroxyl (HNO), a highly reactive molecule. It can be a possible treatment for the prevention of ischemia-reperfusion injury, myocardial infarction, and alcoholism so the project might lead to the information on HNO needed to be used as a treatment.

These awards allow promising undergraduates to pursue research in neuroscience or psychology at the Beckman Institute in collaboration with clinicians in the Neuroscience Institute at Carle Foundation Hospital during the summer. 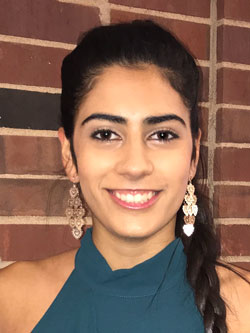 Reyna Hickey Reyna Hickey is a junior majoring in integrative neuroscience through the LAS Independent Study Program and minoring in physics. She will conduct research with clinical affiliate Dr. Paul Arnold, the chair of neurosurgery at Carle Foundation Hospital, studying the effect of concussions on students on the female diving team during one season. This study uses magnetic resonance imaging to see the effects on the brain. 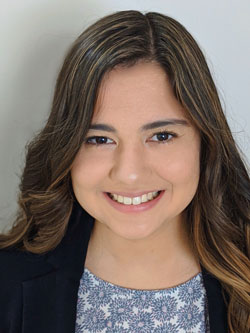 Erin Sahm Erin Sahm is a junior majoring in molecular and cellular biology and minoring in psychology. She will continue her research with Dr. Graham Huesmann, a research assistant professor of molecular and integrative physiology and Carle epileptologist. She will try to determine whether magnetic resonance elastography is a viable option for identifying focal cortical dysplasia epilepsy since this defect cannot always be detected through MRI. 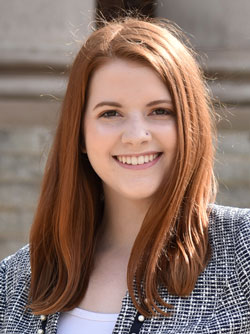 Abigail Histed Abigail Histed is a sophomore double majoring in psychology and gender and women’s studies, with a concentration in behavioral neuroscience. She plans to continue her research with psychology Professor Justin Rhodes. She works on the Bisphenol A project and also will work on a project that explores the neuroendocrine regulation of fathering behavior, specifically the role of isotocin signaling in fathering behavior in the anemonefish. 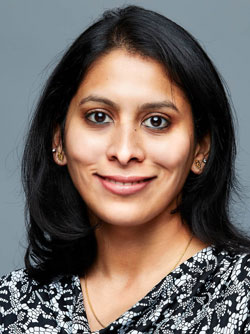 Yamuna Phal Yamuna Phal, a Ph.D. student in the Department of Electrical and Computer Engineering, is interested in building the first instance of an infrared spectroscopic imaging system that integrates data acquisition and disease classification to rapidly provide label-free diagnoses in feasible time periods. In addition to polarimetric measurements, such systems will further increase diagnostic capability beyond what is possible today. She works with Professor Rohit Bhargava, Founder Professor of Engineering in the Department of Bioengineering and the director of the Cancer Center at Illinois. 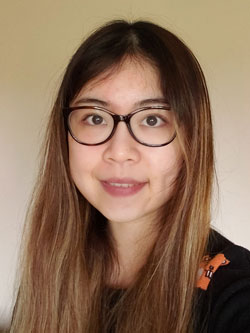 Lingxiao Yang Lingxiao (Lilian) Yang, a Ph.D. student in electrical and computer engineering, is working on a portable intraoperative nonlinear imaging system to capture real-time images of freshly resected core-needle biopsy specimens. Her long-term goal is to translate advanced optical imaging techniques to clinical practice and improve the current cancer diagnostics routine by replacing the conventional imaging modalities. She will work with Dr. Stephen Boppart, the Abel Bliss Professor of Engineering with appointments in electrical and computer engineering, and bioengineering.

In honor of Thomas and Margaret Huang’s contributions to science, technology, and society, the Thomas and Margaret Huang Fund for Graduate Research was established by the Huang family and their friends and colleagues. The fund provides awards to graduate students who are conducting research in the broad area of human-computer intelligent interaction at the Beckman Institute. 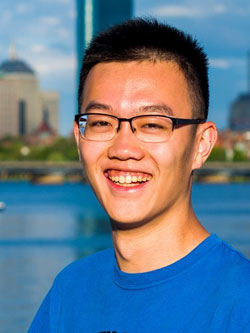 Mang Tik Chiu Mang Tik Chiu, an M.S. student in electrical and computer engineering, works in the Image Formation and Processing Group with Zhi-Pei Liang, a professor of electrical and computer engineering. His primary research interests include computer vision for semantic and instance segmentation. His current research focuses on instance segmentation and interactive annotation for image scene parsing.